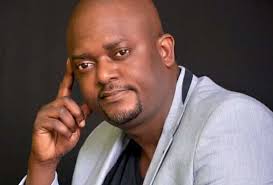 Edward David Onoja, Chief of Staff to the Kogi state governor, Yahaya Bello, has allegedly ordered the arrest and detention of the publisher of a community based magazine, known as Policy and Law maker, Prince Friday Ogungbemi.
Ogungbemi was believed to have been picked up from his residence on Wednesday night by Operatives of the State Security Services (SSS) and has since been in detention at the DSS facility in Lokoja, the Kogi State capital.

It was learnt that the publisher was picked up on the orders of the Chief of Staff to the governor, allegedly over his current publication where he described him (Chief of Staff), as the de-facto Governor.
In the publication, Ogungbemi reportedly said that the Chief of Staff single handedly brought more than nine of his brothers and in-laws to occupy sensitive positions in government with some of them having no requisite qualifications. He cited the Chairman and Secretary of Olamaboro Local Government Area as his biological brothers and the Commissioner of Environment and the director of protocol to the Deputy Governor as his relations, among others.
Condemning the detention of the journalist, the Federated Chapel of the Nigeria Union of Journalists, Publishers of Community based newspapers in Kogi State described the development as unlawful and illegal, stressing that it is the height of impunity by the state government.
In a statement by Abu Michael, Chairman and Gideon Ayodele, Secretary of the state chapel of the Nigeria Union of Journalists (NUJ), insisted that the arrest was a calculated attempt to muzzle the press in the state, adding that it was unnecessary and uncalled for.

“The government or any of its appointee who felt injured in any publication should have reacted through a rejoinder or seek redress in a court of law as is the practice in civilized democracy. It is the first of its kind in the state.”
The Chapel said the continued detention of the publisher for over 48 hours over a civil issue has called to question the level of impunity the present change agenda seeks to correct but still practice, saying that the arrest is akin to using a sledgehammer to kill an ant.
Also reacting to the arrest and detention of the journalist, a Right activist and coordinator of Centre for Human Right and Conflict Resolution, Comrade Idris Miliki while condemning the act, said Article 21 of the United Nations Human Rights allow every citizens of the world to participate in the affair of his or her country through a free chosen means.

See also:  Chairman Of Governors’ Forum Says He’s Not Aware Of Printing Of Of Naira

“Article 19 state; ‘Everyone has the right to freedom of opinion and expression; this right include freedom to hold opinions without interference and to seek, receive and impart information and ideas through any media and regardless of frontiers.”
He said that various sections of the1999 Constitutions as amended also uphold the rights of citizens to hold opinion and freedom of expression and wondered where the security agents in Kogi State derive the power to arrest and detain a journalist for mere holding and expressing opinion through a legitimate means.
Similarly, Mr. Sam Egwu, the Correspondent of Leadership Newspaper was beaten up by some thugs on the orders of one of the Media Aide to the governor and he is currently receiving treatment in Abuja, while one of the Media Aides to the governor, Ademu Idakwo is known for howling insults on working journalists in the state with threats to deal with them. [myad]