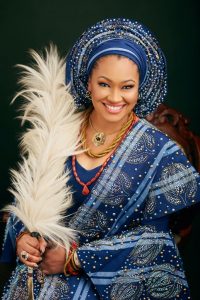 Natasha, who has been at loggerhead with the state governor, Alhaji Yahaya Bello, over the senatorial contest, has been vocal in reporting intimidation and harassment by the governor.
It was reported earlier that the senatorial candidate cried out on the arrest of his uncle and two children allegedly by Governor Bello.
In a recent development, just hours to the senatorial election, Natasha, in her verified twitter page, said that her father’s house has been set ablaze under the instructions of the state governor.
She called the attention of President Buhari, Professor Osinbajo and the US embassy in Abuja to intervene in the matter.
Read her tweets below:
My father’s house has been set ablaze by APC Kogi thugs sponsored by Okehi Administrator under the instructions of Gov. Yahaya Bello of Kogi State .
Dear @MBuhari and @ProfOsinbajo , Gov. Yahaya Bello of Kogi State has set my father’s house on fire by sponsored @APCNigeria thugs under the watch of the @NigeriaPolice
#Natasha #Akpoti
Senatorial Candidate
Kogi Central District
SDP
@USEmbassyAbuja @segalink @legitngnews