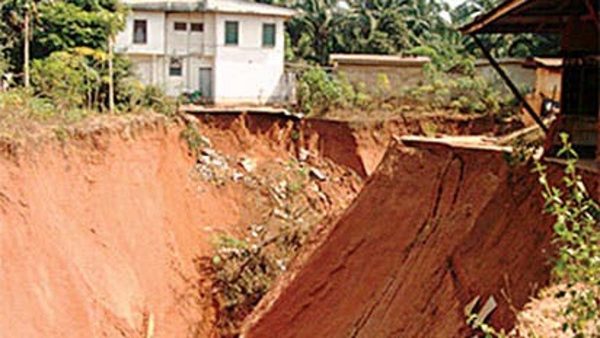 Landslide which occurred last week at Okohia Akwakuma in Owerri North Council Area has rendered no fewer than 3,000 families homeless, even as the State government said that the calamity is beyond its capacity to resolve.

State Commissioner for Environment, Dr. Iyke Njoku, who spoke on the issue, said that already the affected families have been asked to leave their residences immediately to avoid further calamity.

“We have asked them to temporary find a place to stay and we have asked the Federal Government to urgently come to the aid of the families and state government.

“It is a very big landslide which has affected many homes and houses.”

Njoku lamented that the situation is beyond the state government, considering the parlous economic state, even as he said that Imo has over 300 erosion sites.

“So we are calling on the Federal Government, ecological fund office and International donor agency to come to our aid to save the state from submerging.”

See also:  We Nigerians, Are Responsible For The Nation’s Woes - Obasanjo

He said that the state government has promised to send some palliatives to the displaced persons, even as there is report of exodus of landlords and tenants from the affected areas.