Home NEWS Law Will Not Spare Those Responsible For Building Collapses In Nigeria –... 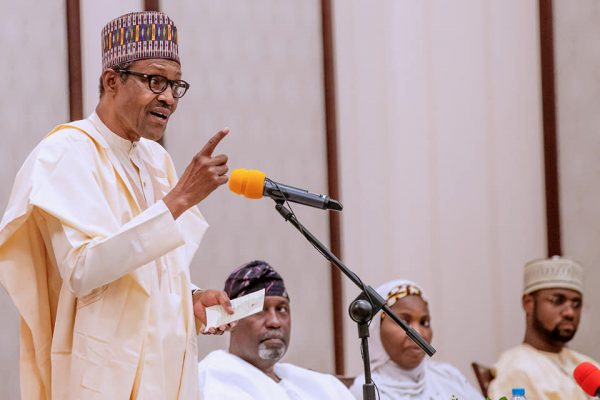 President Muhammadu Buhari has made it clear that those who have been responsible for the incessant building collapses across the country due largely to professional negligence will be made to face the full wrath of the law of the land.

The President, who spoke when he received the leadership of the Nigerian Institute of Quantity Surveyors (NIQS), led by Obafemi Onashile, regretted the recent tragic incident in Lagos and many others across the country, where young innocent lives were lost due to incompetence and greed.

“Simply put, no corners must be cut. I want to assure you that those responsible for such incidents of professional negligence will feel the full wrath of the law,’’ he said.

The President welcomed recommendations and suggestions from the Institute on how to enhance the construction industry, directing that they make a formal submission to the Minister of Power, Works and Housing as soon as possible.

He gave assurance that his administration will remain focused and committed to creating an inclusive and diversified economy, even as he thanked Nigerians for clearly expressing their desire to move the nation forward.

“Let me start by thanking you for your kind prayers,’’ the President told members of the Institute, who came to congratulate him on his re-election and pledge their solidarity with his administration.

“Nigerians have clearly spoken of their desire for the country to move forward. On our part, we remain committed to the Change Agenda. By the grace of God, and with your continued prayers and support, the dark days of impunity are gone for good.”

President Buhari highlighted some of his administration’s achievements in stimulating the economy in the past three years, saying that growing the nation’s economy means ‘‘national growth must impact the silent majority.’’

“This is why in the past three years; we focused on key job-creating sectors such as agriculture and infrastructure development.

“You will all recall that our agriculture and infrastructure programmes contributed to our exit from recession. This is a clear example of how, if we push ‘inclusive’ job-creating policies, growth will follow.

“We will remain committed to these and other programmes to ensure the success of our nation is felt by the majority of Nigerians.”

Earlier, the President of NIQS, Onashile appealed to the Federal Government to create a Directorate of Quantity Surveying and Projects Costs Management to address the issue of unclear delineation of professional functions amongst construction professions within the Government.

Onashile also made a case for Quantity Surveyors to be mandated and allowed to undertake cost management of projects of all forms on behalf of Government, among others.

The Institute congratulated the President on his re-election, and expressed its support and ‘‘total confidence in his administration and leadership direction which have brought hope, progress and stability to Nigeria.’’

A highpoint of the visit was the conferment of the Fellowship Grade of the NIQS-the highest cadre of membership- on President Buhari. The President was also honoured with the ‘‘Life Champion of Anti-Corruption Crusade in Nigeria’’ Award.