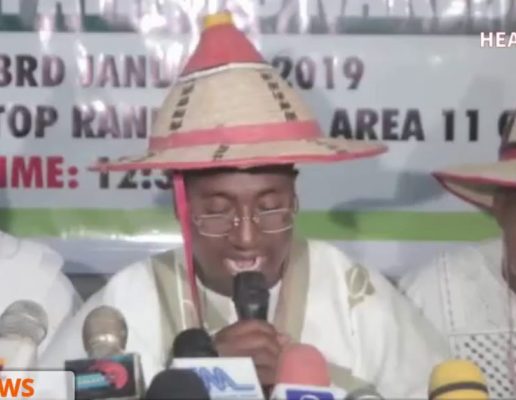 The long-drawn enmity, fighting and killing between local farmers in Kaduna South, Kaduna State have finally embraced peace, with the association for Fulani cattle breeders in Kaduna, the Miyetti Allah, ordering its members to bury the hatchet and be their brothers keepers.

The leadership of Miyetti Allah Cattle Breeders Association of Nigeria (MACBAN) asked its members in Kaduna State to stop under-aged children from grazing cattle in the state, to avoid the destructions of farm produce of the farmers which often result in crisis.

This was part of the outcome of a submit put together by Operation Safe Haven (OPSH) at the weekend to restore total peace and security in the troubled Southern Kaduna area.

An eight-point communiqué issued at the end of the meeting which held at Wonderland Hotel Auditorium, Kafanchan read:

“The summit was attended by Ardos and other stakeholders from all the 8 LGAs Areas of Southern Kaduna Senatorial zone and beyond.

“The summit after all the deliberations it has reached the following resolutions: That we have agreed to reverse to our olden days’ relationship with our neighbouring communities in the area.

“We have agreed to bury our differences and be our brothers’ keepers henceforth in order to foster development in the area.

See also:  President Biden To Americans: We Require More Than Words To Overcome Challenges Facing Us

“We call on our people to stop allowing the underage children from rearing cattle in order to prevent further destructions of farm produce of the farmers within the area and beyond.

“We also Advised our people to be vigilant and hand over suspected criminals to security agencies that may be found within our communities.

“The summit strongly commended the efforts of Commanders of operation safe haven and all his officers and men for their tireless efforts toward the restoration of peace in southern Kaduna we have never seen this kind of efforts from military commander before.

“Based on this reason we pledged our total support to the security outfits and all its efforts to restore total peace and security in southern Kaduna.

“We also wish to commend all the security agencies working tirelessly to restore peace to southern Kaduna.

“We appeal to the federal and Kaduna State Government to assist those who have lost their cattle’s and other sources of livelihood in other to alleviate the hardship that the victims are facing.

“We call for the establishment of joint community peace and security at all levels to monitor and maintain peace among neighbouring communities.”