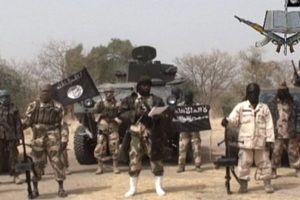 President Muhammadu Buhari has described the suicide bombing carried out today, Friday, by two female suicide bombers in Madagali, Adamawa state, as an act of desperation by the dying Boko Haram insurgents.

“This latest attack is obviously an act of desperation, but the Nigerian military will neither be distracted nor relent.

“The battle against terrorism is a joint effort involving all citizens, both government and governed. Together, Nigerians can and will defeat the evil that is Boko Haram.”

President Buhari who expressed condolences to the families of victims of the twin bomb blasts in Madagali, which claimed some lives and injured several others, in a statement by his special adviser on media and publicity, Malam Garba Shehu, advised Nigerians to be more vigilant and immediately report any suspicious activity to the nearest security and law enforcement agency.

President Buhari made it clear that putting an end “to this senseless loss of innocent lives remains a top priority of this administration” adding that, “over the past few weeks, the Nigerian military have made significant advancements in an offensive aimed at slamming the final nail in the coffin of Boko Haram.”

See also:  How I Picked Gani Adams To Be Aare Onakakanfo Of Yoruba Land – Alaafin Of Oyo

He commiserated with the Government and people of Adamawa state over the unfortunate incident, even as he assured them that they are not alone as the rest of nation mourns this grave loss with them.

He prayed to God to comfort the bereaved families in a way that only He can, even as he wished the injured speedy recovery. [myad]