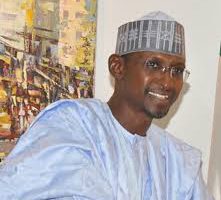 The FCT Minister of the Federal Capital (FCT), Malam Muhammad Musa Bello has challenged the National Population Commission (NPC) to get an accurate population of the residents of the to aid the FCT Administration in providing basic infrastructure.

The minister, who received a delegation of the National Population Commission, led by its Chairman, Chief Eze Duruiheoma in his office in Abuja, said that accurate head count would enable the government to plan adequately on where to provide the needed infrastructure as Abuja is still construction in progress.

Muhammad Bello said that investors and development partners often inquire about the real population of Abuja for the purposes of partnership and that what is available are projections.

“We want to know the population of the Federal Capital City and the entire Federal Capital Territory with correct statistics because that would help for planning purposes.We also want to know the percentage ratio as well as the growth of the city and the FCT in general with social data like the population of the youth, sex and even the unemployed.”

The Minister assured that his government would support the FCT Office of the National Population Commission to achieve all these targets, adding: “we will frequently engage the Commission to get and update all these statistics.”

Speaking earlier, the Chairman of the NPC, Chief Eze Duruiheoma said that the Commission planned to conduct National Census for the country in 2017 but that it was shifted to 2018 due to budgetary constraints.

He asked the FCT government to assist the Abuja office of the Commission to continue to carryout vital registration exercise, which includes the birth, death and still birth registration.

Also speaking at the occasion, the Federal Commissioner representing FCT in the NPC, Dr. Aliyu Daniel Kwali, called on the Minister to help establish an administrative framework for continuous vital registration.