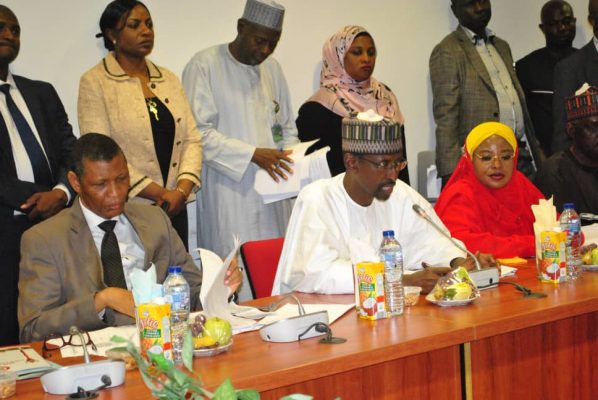 According to the minister, there are so many ways the ministry can adequately generate internal revenue, adding: “we are working on that, particularly land administration.

Muhammad Musa Bello, who fielded questions from newsmen at the inauguration and official commencement of OneWay Movement in the newly completed Southern Parkway road around the Federal Capital Development Authority (FCDA) in Abuja, said that funding for Abuja and FCT in general is basically from three main sources, including Federation account, funding from federal budget and funding from what the FCT itself generates based on its internally generated funds.

“But what we do have control is our internally generated revenue and it is very clear and I will also tell you now. At the highest level of the administration, we have decided that for us to truly fund Abuja, we have to work on our IGR and there are so many ways we can do that and we are working on that particularly land administration.”

“Secondly, we are going to encourage a much easier system of land titling so that everybody who has a property in Abuja will have them titled properly with the proper C.of O, particularly those that have properties in estates.

“Thirdly, we have a lot of leakages, many residents do not pay what they are supposed to pay, whether it is for waste collection or it’s for water consumed. This has to do with structural and systemic problems within the system and gradually we are working on them and we are going to leverage on ICT to make sure it is done.”

The Minister appealed to newsmen to enlighten the Abuja residents on the need to co-operate with the ministry and ensure that those who vandalize critical infrastructures are reported to appropriate authorities for appropriate sanctions.

“What I will appeal to you our partners in progress-members of the press is that this city is for us all. I want to appeal to you to partner with the FCT administration, do a lot of publicity on our behalf, try to make the citizens also appreciate that in building and developing a city, the relationship has to be very cooperative, let them support us, help us also to make sure that all those who are vandalizing critical infrastructure are identified, shamed and prosecuted because we can’t be everywhere and the security agencies can’t be everywhere.

So citizens also have to play their role. I think when we all partner along these lines, I have no doubt whatsoever, we will raise the necessary resources and they will be able to fund this city for all of us particularly those coming after us, that is our children and the young ones will be truly be very proud of us.

The Southern Parkway in Abuja Master Plan forms the major spine of the capital city and is one of the longest roads in Abuja and the first of its kind in Africa. From the Business Districts, it traverses all the four phases of the Federal Capital City with facilities like streetlights, recreational, cafes and underpass. It is designed to complement the Northern Parkway, the major arterial running across Mabushi.

I Won’t Be Intimidated By Bandits, Boko Haram, Other Criminals, Buhari Vows

We’re Angered, Saddened By Another Brutal Attack On School Children In Zamfara – UNICEF