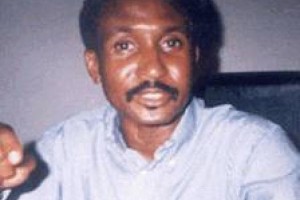 Umar Dangiwa told news men in Kaduna today, Saturday that he had already briefed his lawyers to file the suit against MTN after his complain over unsolicited messages and deductions were not addressed.

He said that despite assurances by the MTN operatives that it will not happen again, he has started receiving unsolicited messages accompanied by deductions of money from his telephone line.

He displayed two of the latest unsolicited messages which  he received on Saturday, one of which subscribed him to a caller tune with a charge of N50, with an option to opt out while the other subscribed him to a package known as ‘Laugh Out Loud’ also with a fee.

See also:  Labour Calls Off Strike In Kaduna As Federal Govt Steps In To Douse Tension

Umar Dangiwa said that it was unfortunate that this practice has continued despite complaints, adding that it is not about the N50 being deducted from his account, but it is fraudulent to deduct money from subscribers without their consent.

Umar Dangiwa said that he is suing MTN on behalf of 70 million subscribers and believed that the subscribers will be his witnesses in court.

“I have briefed my lawyers,” he said even as he complained that attempts  to reach the  telecoms regulator, the NCC  have failed. [myad]