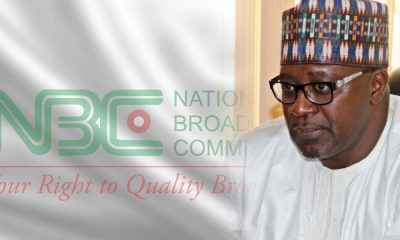 The National Broadcasting Commission (NBC) has complained that Africa Independent Television (AIT) and Ray Power FM  have returned to their old ways by breaching the broadcasting code after an Abuja court granted an expert motion directing that status quo be maintained.

In a statement today, June 8, the NBC said: “the National Broadcasting Commission wishes to take note of the ex parte order granted by the Federal High Court Abuja division on June 7, 2019 to Daar Communications Plc.

“This was before the directive from the NBC suspending the broadcasting licence of Daar Communications Plc on June 6, 2019.

“The commission also notes the continued breach of the Nigeria Broadcasting Code by Daar Communications Plc.”

The commission, which shut down the stations on Thursday for alleged breach of the broadcasting code, was forced to lift the suspension on Friday following a court order.

The presiding judge, Justice Inyang Ekwo, had ordered both DAAR communications and the National Broadcasting Commission (NBC) to maintain the status quo pending a hearing on June 13, of the main suit instituted by Daar Communications Plc.

Justice Ekwo also mandated the FG and NBC to appear before it to show cause why a revert to May 30, 2019 status quo ante bellum, sought by Daar Communications Plc should not be granted.