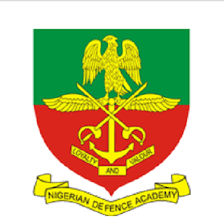 The Nigerian Defence Academy (NDA) has cautioned Nigerians against falling prey to some fake social media accounts, particularly on Facebook, which claim to be the official accounts of the Commandant, Major General Jamil Sarham.

The Defence Academy said such fraudulent social media accounts have been spuriously claiming that they could assist prospective applicants to get admission into NDA for a fee.

In a statement today, July 1, by the spokesman, Major Abubakar Abdullahi, the NDA said: “we wish to state clearly that these accounts are fake and the works of fraudsters. “The NDA has no part in the establishment or operations of these fraudulent social media accounts. Invariably, we wish to warn the general public to be wary of these accounts and that anyone conducting any business with them does so at their own peril.

“For the purpose of clarity, the Commandant, Maj Gen Jamil Sarham, does not have any official social media handle for conducting official NDA matters. All NDA activities are transmitted via our official website: www.nda.edu.ng, and on our Facebook and Twitter handles @DefenceAcademyNG and @HQ_NDA respectively.

“The general public is hereby notified and forwarned about these fake social media accounts.”