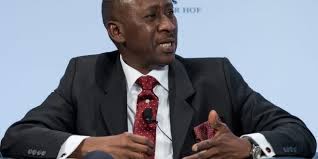 Nigeria has said that the greatest threat to the existence of human race today, apart from COVID-19 pandemic, natural disasters and the climate, is terrorism.

Represented by the National Security Adviser (NSA), retired Major General Babagana Monguno at the ongoing Second United Nations High-Level Conference of Heads of Counter-Terrorism Agencies of members states, convened by the United Nations Secretary-General, Antonio Guterres, at the United Nations Headquarters in New York, Nigeria warned that terrorism has continued to manifest itself as vicious and relentless global threat, recognizing no border, nationality and all religions. He noted that terrorism has become a contemporary weapon of violence for non-state actors in this era of globalization.

“I can say with total conviction that apart from pandemics, natural disasters and the climate itself, today the greatest threat to the existence of human race is the global scourge of terrorism.”

He said that  in order to deal decisively  with the complex nature of terrorism and other transnational organized crimes, the international community must see the threat of terrorism to a particular country as a threat to global peace and security.”

“The fallout of activities associated with jihadist and other forms of terror have collectively heightened insecurity in the greater part of African continent with serious economic, social and political implications for its people.

“In the North Eastern part of Nigeria, the activities of Boko Haram terrorists and the so called the Islamic State West Africa Province (ISWAP) with known affiliation to other international terror networks such as Daesh and Al-Qaeda have continued to undermine the security and livelihoods of the whole of the people, while at the same time overlapping into neighboring countries of the Lake Chad Basin.

” It was disclosed that over a million persons have been internally displaced in the communities in Borno, Adamawa and Yobe states , while over seven million remain in need of humanitarians assistance in North Eastern Nigeria.”

The NSA said that social media platforms have become instrument often leverage by terror groups to propagate their ideologies, recruit vulnerable youths,  radicalize them and instill fear in the target community, as well as deflate the moral of defense and security forces.

He noted that the terrorist groups approach is to portray the government as incapable of guaranteeing the protection and well-being of the population.

The NSA said that the Nigerian Government, under the leadership of President Muhammadu Buhari, has continued to confront these challenges by setting up new structures and  national institutions as well as empowering them.

He said that the Federal Government has improved the coordination of humanitarian supports for Non-Government Organizations by creating the Ministry of Humanitarians Affairs, Disaster Management and Social Development.

General Monguno said that the President is funding commitment  to the first regional organization for countering insecurity- the Multinational Joint Task Force (MJTF), and has continued to yield results, diffusing tensions and curbing the activities of Boko Haram and ISWAP within the fridges of the Lake Chad Basin.

He expressed President Buhari’s commitment in working with all nations, not just those in the sub region and the African continent but the entire international community.

He said that Nigeria  committed in working within the confine of legitimacy and legality in dealing with the multiple problems of security in the country without hurting the sensibility of innocent people, as well as abiding by the international standards of human rights of the people.