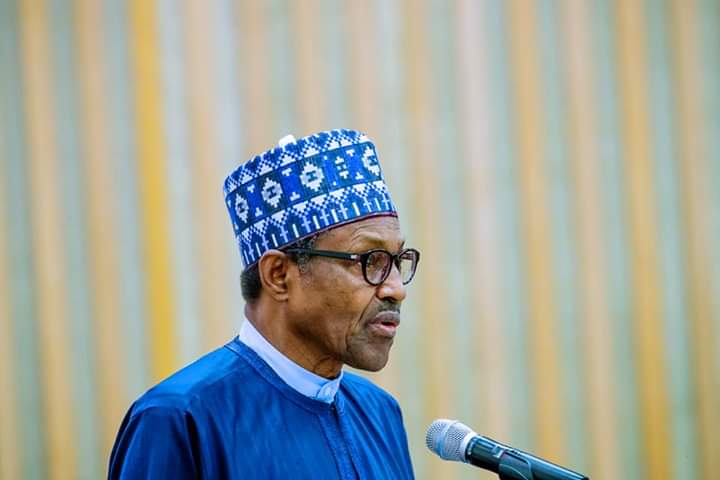 Nigeria is seeking for better trade and diplomatic relations with the United Kingdom as it is set to exit the European Union.
President Muhammadu Buhari, who made the request today, January 20 in London on behalf of Nigeria, said that only the passage of time will reveal what the UK’s new relationship shall be.
“But with this new arrangement, I, like many other Commonwealth leaders, also seek a new settlement not only of closer relations between the UK and my own nation, but of unleashing trade within the club in which we together shall remain.”
Buhari, who acknowledged that the relationship between Nigeria and the UK had been close and longstanding, recalled that in recent years, “our relationship, particularly economically, has become increasingly defined by Britain’s membership of the European Union.”
The Nigerian leader noted that a new free trade agreement would reconfigure the emerging new Britain, “presenting new opportunities for both.
“As the largest economy in Africa, my country of nearly 200 million people has a great deal to offer: Nigeria’s vast natural energy and mineral resources, unbarred through the ending of customs barriers, could help supply growth for companies in all corners of the UK. “Greater access would also be forthcoming to one of the world’s fastest expanding groups of consumers – the Nigerian middle classes.
“For my country, greater UK engagement in its economy would bring jobs to under-tapped sectors, such as agriculture and manufacturing. Millions of highly skilled, English-speaking but underemployed young people, are eager to work but without the opportunities that foreign investment can bring to create jobs and build businesses.
“Yet there is also a case to be made that our two Commonwealth countries should try, with other members, to deliver more, collectively.
“In 2015, I became the first head of a new Commonwealth Enterprise and Investment Council tasked with boosting trade and investment within the wider organisation.
“Now with the United Kingdom, the Commonwealth’s largest economy, no longer obliged to ringfence its economy with tariffs, this mission will be given a jolt of vitality.
“However, we must be realistic: the commonwealth will not suddenly become a multilateral-free trade zone. “Today, many members reside within regional free trade and customs zones of their own. Yet without any of us needing to relinquish these ties, we can work together to minimise, consistent with respective memberships, as far as possible many of the tariffs and barriers on commodities, products and services. “Because member countries’ national laws are built on the principles of English jurisprudence, we might work together from this common platform to better align regulations on investment, certification and trade.
“A renewed sense of Commonwealth solidarity would also be of enormous benefit to the large and vital diasporas, particularly from Africa and the Indian subcontinent, that live in Western Commonwealth countries such as Britain, Canada and Australia.
“These communities still maintain the strongest of cultural and family links with the countries from which they and their forebears emigrated.
“Yet visa restrictions and customs barriers must be reduced to fulfill the potential these connections could bring to the nations where they today reside. “As an African leader, I have an obligation to speak of the fact that while many in the African Diaspora enjoy considerable benefits from life in the West, they do not always feel at the heart of the community.
“A renewed sense that there are ties that bind us through the Commonwealth, and a concerted effort to grow those links through trade, could act as a spur to encourage togetherness and the certainty of belonging.
“This year provides two critical summits in which this new determination could take seed. In January, London shall play host to the UK-Africa Investment Summit. (The continent is the Commonwealth’s largest constituent, providing over a third of its membership) “And then back to Africa, where Rwanda will welcome countries to the Commonwealth Heads of Government Meeting.
“It is at this biennial summit that many of the organisation’s milestones have been achieved, particularly in democracy and human rights. The 2020 summit could be the wrench that begins to tighten our economic structures, drawing strength from our shared bonds of history, friendship and language.
“Time will tell if Britain’s new ability to strike free trade deals directly with other countries once it departs the EU can be built into more than bilateral economic cooperation. But there is no reason why, collectively, we should not try.
“Nor should we dismiss the potential for making the Commonwealth of Nations more than a voluntary organization of equals based on a shared history that it is today. Instead it is in all our people’s interests to labour, dispassionately, to increase our focus on lowering barriers to achieving what truly brings freedom, friendship and equality: prosperity through trade.”