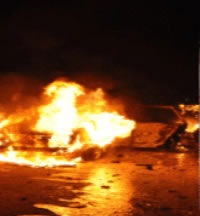 A total of 30 people were killed following twin blasts which hit a crowded market in Madagali district of Adamawa state today, Friday, a military spokesman said.

“At least 30 people have been killed in the suicide blasts carried out by two female suicide bombers in the market,” he said in a terse statement.

The explosions occurred simultaneously at the opposite ends of the local market in Madagali, causing buyers and sellers to run for safety, witness Audu Yusuf said. The survivor said he saw at least 10 injured people being sent to a nearby hospital.

The market is a weekly one that sells grains, vegetable and animals every Friday. The blasts occurred at the animal and grains sections of the market, according to Yusuf Mohammed, a senior district official.

Madagali is located 276 kilometers from the state capital, Yola. In August 2014, the district was one of several towns seized by terror group Boko Haram but it was recaptured by the military in March 2015.

At least, 30 people were killed and 16 injured when two female suicide bombers attacked a busy motor park in Madagali on December 28, 2015. [myad]