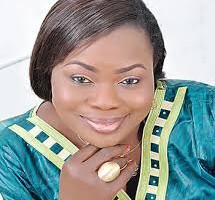 The Nigerian Guild of Editors (NGE) has rejected the new guidelines for the accreditation of media organisations, journalists/ correspondents covering the National Assembly, describing it as primitive, undemocratic and blatantly anti-press and anti-people.

The guidelines, issued by management of the National Assembly (NASS) are due to become effective from June 11 2019. It demands among other draconian provisions that a media organization wishing to be accredited for coverage of NASS activities should submit a copy of its income tax return for the last two years.

Other requirements include “presentation of evidence of certificate of incorporation of the media organization, evidence of membership of professional bodies for the journalists, maintenance of a functional Bureau in Abuja (staff strength not less than five Editorial staff) and daily circulation of 40,000 copies for the print media with evidence to support the claimed circulation figure.

The Nigerian Guild of Editors described the guidelines as vexatious, disrespectful and draconian, adding that it is a scurrilous attempt to gag the press in a democracy “and it cannot stand.

“These guidelines run contrary to the grains of reason, democratic ideals and they are a clear affront on the letter and spirit of the Nigerian constitution which empowers journalists to freely practice their profession without any gag, muzzling and restriction.

“The NASS guidelines negate the constitutional principle of freedom of expression and run contrary to the African Charter on fundamental rights and the right of the people to know. The Guild strongly objects to these guidelines in their entirety as they serve no public good except the myopic interest of its chroniclers and purveyors.”

The Guild said that it is disappointed that the same 8th National Assembly which benefited immensely from free press in its moments of trial has turned round to put the same press in shackles and chains.

“We reject this crude abrasion of our constitutional rights to freely disseminate information. It cannot stand.”

It called on all media houses across the nation to rise up and reject this medieval intrusion into the media space in the 21st century, much more in a democracy which Nigerian media doggedly fought for and for which some journalists paid the supreme price.

How Abdulmumuni Jibrin Becomes Kingmaker In House Of Reps, By Idris Omolabake