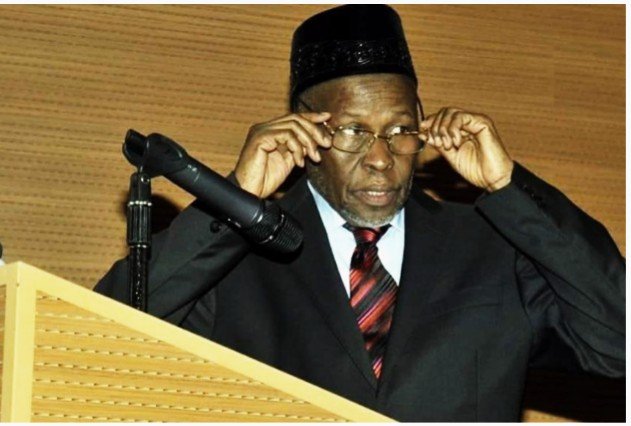 The Chief Justice of Nigeria (CJN), Justice Ibrahim Tanko Muhammad has resigned.
Information reaching us at Greenbarge Reporters online said that the CJN resigned on health grounds.
Impeccable sources at the Supreme Court anonymously confirmed the development.
Recalled that sometimes last year, Justice Tanko Muhammad travelled to Dubai in the United Arab Emirates to treat an undisclosed ailment.
His resignation comes on the heels of a protest letter by his brother justices of the Supreme Court over poor welfare service.
Meanwhile, Justice Olukayode Ariwoola has been slated to be sworn-in today, June 27 as the next Chief Justice of Nigeria (CJN) in place of Justice Tanko Muhammad.
CJN’s spokesperson, Ahuraka Isah, who eventually confirmed the resignation of his principal, Justice Tanko Muhammad, said that the swearing in of the new CJN would be done by 11am.