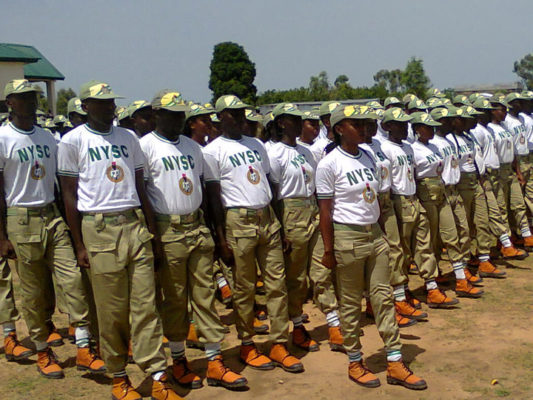 Director General of the National Youth Service Corps (NYSC), Brigadier General Shuaibu Ibrahim, has advised Corps Members to be security conscious in the current happenings around the country.

The Director General, who addressed the corps members at the Lagos and Ogun State Orientation Camps today, December 6, advised them also to avoid boarding vehicles by the roadside and instead patronise designated motorparks.

He cautioned against engaging in night travels, night parties, lone movements, saying that approval must be obtained from relevant authorities in the NYSC before travelling.

He warned that any Corps Member that embarked on unauthorised journey would be sanctioned, asking them to take advantage of their service year to promote national unity as well as develop entrepreneurial skills that would give them an edge in their future endeavors.

See also:  We Nigerians, Are Responsible For The Nation’s Woes - Obasanjo

“As Corps Members you are to promote the unity, integration and peaceful co-existence of the country”