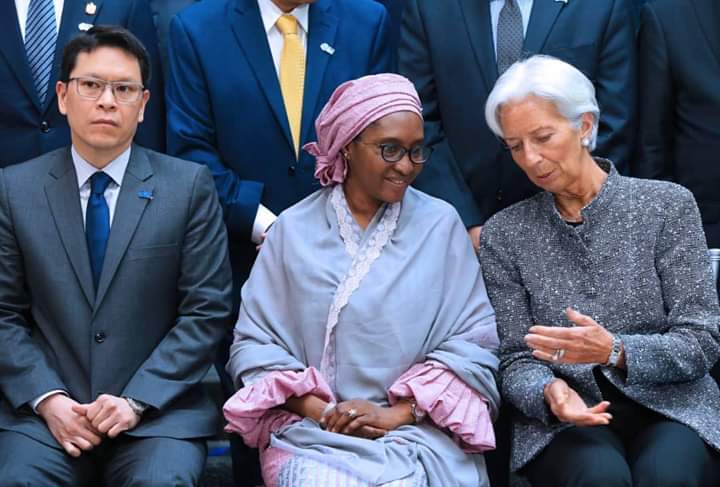 Nigeria oil workers have cautioned the government of President Muhammadu Buhari to beware of move by the International Monetary Fund (IMF) to destabilize Nigeria by its call for the withdrawal of subsidy on oil in the country.

“Imposing more stringent reforms in domestic revenue mobilization including amongst other increase, in VAT and securing more domestic oil revenues through subsidy removal at this time is clearly an attempt to destabilize the nation.”

The two oil workers’ unions, which described the statement credited to the IMF Media Chief for Africa on the state of Nigeria economy as “unsolicited poisonous advice on further recovery of the nation’s economy, said that such statement is already created panic in the country with associated hoarding of petroleum products, panic buying , skyrocketed increases in prices of goods and services in the country.

“Clearly, IMF is speaking from the two sides of its mouth, in one breath, the Media Chief praises the significant progress the nation has made in terms of its Gross Domestic Product (GDP) that increased by 1.9% in 2018 from 0.8% in 2017 on the back of improvement in manufacturing and other economic policies of the government, while on the other hand, offering poisonous advice on further economic recovery.

“It is quite bewildering and baffling that IMF is not considering the pains and agonies Nigerians went through even to achieve the acknowledged gains of 2018, with almost two-thirds of the world’s hungriest people among the Nigerians.”

The leadership of the two unions made it clear that the IMF statement is embellished and loaded with poisons, “considering the antecedents of IMF in our economic challenges and struggles over decades of our nationhood. The various devaluation of our currency on the strength of advices of same IMF has been a very big burden on our nation for several years now.

“The leadership of NUPENG and PENGASSAN are aware of what Nigerians are going through, we empathize with them and will not turn blind eyes to any further attempt to increase their pains and impoverish them further.”

The union acknowledged  the efforts, commitment and determination of the government of President Muhammadu Buhari to put Nigeria in the right economic stead after several years of economic maladministration and mismanagement, adding that such efforts are being widely acknowledge at home as demonstrated with his re-election for 2nd term in office and globally, even by the IMF.

They pleaded with the President therefore to constantly put in mind the current hardship Nigerians are going through in the collective journey to economic recovery, stressing that any economic policy that is devoid of human feelings could lead to more social dislocations and upheavals which in the long run becomes counterproductive.