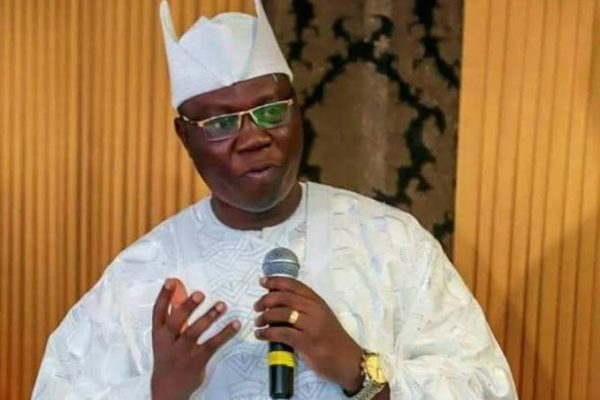 The Oodua Peoples Congress (OPC), has donated N3 million for food and procurements of essential items to patients of the deadly coronavirus disease across the six states of the South West as well as Kwara and Kogi States in North Central.

The Aare Onakakanfo of Yorubaland, Iba Gani Abiodun Ige Adams, who is also the National Coordinator of the group, said the palliative was aimed at assisting the governments in ensuring better treatment for all the patients that have been receiving treatments at the various isolation centres across the states.
Gani Adams said that the measure had become necessary following the intervention and initial efforts of members of Oodua Progressive Union, the sister organization of the OPC in the Diaspora, that donated funds and food items during the first phase of the palliative.
He expressed concern over the rise in the figures of cases of infection across the world, with specific focus on Nigeria, adding that despite all efforts being made, cases of infections keep on rising by the day.
He urged the government at all levels to look inward by using traditional remedy to curtail the spread of the deadly disease as it was done in Madagascar.
The Yoruba leader said that the second phase of the palliative was done with the intention to keep faith with the ideology of the group, saying it was the best way to extend the group’s hands of generosity to the victims of the deadly disease in the South West and beyond
“It all began when members of OPU across all the 87 countries in the world contributed over N5 million for palliative for victims of COVID-19.
“That gesture came at a time when the lockdown was at its peak.
“The funds were meant for the procurement of essential items such as food items and other necessities for the patients that have been receiving treatments at the isolation centres across the six states of the South West and Kwara and Kogi States.
“So, the feedback we got from the first phase of the palliative was remarkable and it was the success that led to the second phase, with the OPC contributing voluntarily across board to make the sacrifice.”
Aare Adams explained that the group had earlier inaugurated the COVID-19 Palliative Committee that sees to the distribution of the funds for the procurement of other essential items.
“The intention is to extend our hands of generosity to patients of COVID-19 that are mostly affected.
“We noticed also that in the wake of this global pandemic, the Nigerian economy and that of the entire world has been stagnant, leading to the idea of putting in place various palliative measures extended mostly to victims as well as the vulnerable citizens in our country in order to cushion the effect of the ‘stay-at-home’ order of the Federal and State Governments.
“Besides, each of our members made the contributions as sacrifice for our people and also for our race at this difficult moment.
“It is not as if we are rich.
“We did it for posterity and that is the reason for raising the funds for the palliative.
“We are all aware of the present situation in the country, so for a socio-cultural group and a non-governmental organisation like the OPC to have contributed that huge amount of money for food and for the procurement of other essential items for victims of COVID-19 at this trying period, I think our group has demonstrated a strong desire to impact the lives of our people and also cater to the needs of all our brothers and sisters in Nigeria, especially in the South West, Kwara and Kogi States.”