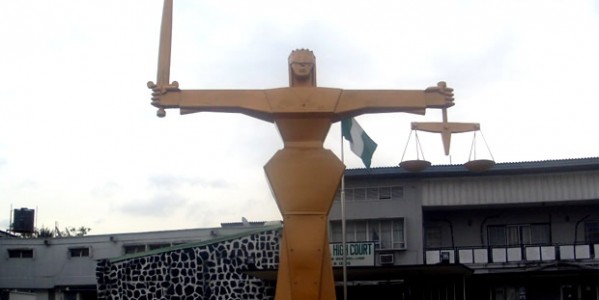 Chairman of the Osun State Governorship Election Petition Tribunal, Justice Ibrahim Sirajo has disagreed on point of law with members of the Tribunal in the legal tussle raging between the candidate of the Peoples Democratic Party (PDP), Senator Ademola Adeleke and that of the All Progressives Congress (APC), Adegboyega Oyetola over the September 2018 governorship election held in the State.

However, in a two-to-one judgment today, Friday, the Tribuna held that Adegboyega of the APC was not the valid winner of both the September 22 and 27 re-run elections.

The Tribunal therefore nullified the Certificate of Return the INEC issued to Adegboyega, even as it awarded a cost of 200,000.00 against him and the APC.

In the lead verdict that was delivered by Justice Peter Obiora, the tribunal held that the State Returning Officer of INEC that cancelled results of seven polling units in four LGAs of the state, which led to the September 27 re-run poll, had no power to do so. It invalidated the outcome of the re-run election. PDP petitions NJC over exparte order halting collation of election result in Bauchi “We hold that the cancellation was unlawful and ultra-vires of his powers.

“The cancellation cannot stand, being a product of illegality”, the tribunal held.

However, Chairman of the tribunal said he disagreed with the lead.