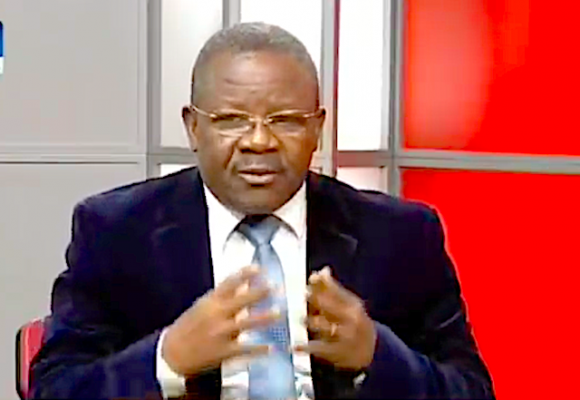 “We only extended an informal invitation to retired Navy Commodore Kunle Olawunmi through phone-call to come and shed more lights on his claim that there are plans by the government of President Muhammadu Buhari to Islamize Nigeria, but he began to call some social media to tell them that we have declared him wanted.”

The senior DIA officer stressed that since the television interview, some senior retired and serving military officers have raised concern over the comment of Olawunmi.

“The DIA had no intention was soever to invite him until when other retired senior and serving officers, especially of the intelligence corps advised that he could assist the security service with vital information for counter-terrorism.

“The invitation was not even formal. It was a phone call by an officer that he knows. We have no reason whatsoever to declare him wanted when he knows how the system operates.”

Confirming that retire Olawunmi has not been declared wanted, the Director, Defence Information, Major General Benjamin Sawyerr said that the informal invitation to the retired naval officer was harmless.

“As a result of the information coming from intelligence circle, an officer in DIA invited retired Commodore Olawunmi to come over so that he can help with information that can assist in the fight against insurgency and terrorism. The DIA officer asked him to come on Tuesday so that he can even meet with the Chief of Defence Intelligence (CDI), Major General Samuel Adebayo. That was all.

“There was no letter or any formal invitation. It was an informal phone call. He just switched off his phone and started calling some media houses that he had been declared wanted.

“You are aware that the Chief of Defence Staff, General Lucky Irabor has been going on tours of geopolitical zones to meet with retired military officers to come up with information and ideas on how to tackle the myriad of security challenges in the country

“While we cannot blame Commodore Olawunmi for not attending the Southwest zone of the interactive sessions with the retired officer, he went on air in the public domain through a television channel with what he himself portrayed as sensitive classified information.

“If the military wanted to arrest somebody, it is the military police that do that. They won’t even send any signal before one could be picked up…. He could have been arrested the day or days after he made the broadcast since the system have what it takes to arrest anyone on its radar. He was not declared wanted and there isn’t any reason for his arrest as it is now.”

See also:  Many Students Who Sit For JAMB Are Not Qualified For Admission – Registrar

Many Nigerians expressed worries and concerns over comments and outbursts of retired Commodore Olawunmi on Channels television.

Olawunmi who described himself as Professor of Global Security Studies in the interview monitored by PRNigeria said that he was among the people that helped bring Buhari to power.

“I was among the people that brought Buhari to government because I believed in him… I worked with him after we bring him to power in 2015. We have a lot of hope in him and we were ready to do anything for him… What he has turned out to over the years is shocking”

He insisted that the government is encouraging Islamization when he said that every Friday NDA and all government institutions opened their premises for Jumat prayers. He said Muslims come on Friday for worship in military formations and later they become members of the mess who would later spy on the institution and plan their attacks.

He said that Buhari’s administration wants the government to be Islamised as the end game is to turn Nigeria into a Taliban type of country.

“We are currently in the worst security situation in Nigeria today. CIA actually didn’t trust Buhari before 2015. It took the intelligence community and Tinubu to convince Obama and CIA to accept him. They said he was a bigot and will plunge the country.”

He said that the government doesn’t want journalists to report the true picture of what is happening in the country.