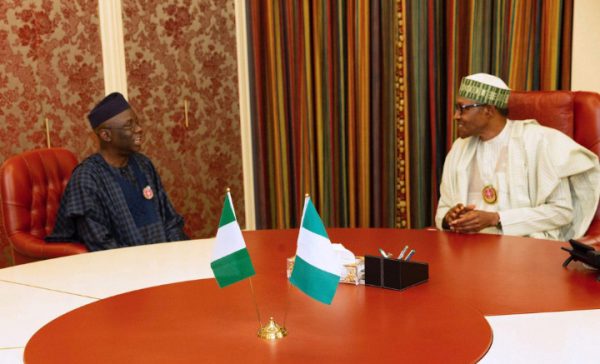 Pastor Tunde Bakare of the Latter Rain Assembly, was at the Presidential Villa, Abuja today, December 30 on what looked like a private visit to President Muhammadu Buhari.
The meeting of the President and Bakare, who was his running mate in the 2011 Presidential election, was conducted in closed doors.
Pastor Bakare would not speak to newsmen when he emerged from the meeting.
The Pastor had declared in September this year that he would one day become Nigeria’s president, saying: “to this end I was born.”
He made proclamation during a sermon, the video of which went viral on the internet.
He said: “Take it to the mountain top if you have never heard it before. I am saying it to you this morning, in the scheme of things, as far as the politics of Nigeria is concerned, President Buhari is number 15 and yours sincerely is number 16.
“I never said that to you before, I want to let you know it this morning; nothing can change it, in the name of Jesus. He (Buhari) is number 15; I am number 16.
“To this end was I born and for this purpose came I into the world. I have prepared for this for 30 years. When he (Buhari) chose to run in 2019, he is still number 15, when he steps out, I step in.”