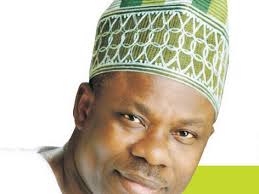 Ogun State governor, Ibikunle Amosun has said that the incessant vandalism being witnessed on petroleum pipelines across the country is a reflection of the state of the nation, however, accused the management of the NNPC of dereliction of duty which he said accounted for the incessant rise of the menace.

The governor, who lamented the inaction of the NNPC management when he visited the scene of the Nigerian National Petroleum Corporation (NNPC)’s pipeline that traversed the Iperu- Ogere road in Ikenne Local Government Area of the state which was vandalised last Tuesday, made it clear vandalism would continue unless drastic action is taken by the government.

He expressed disgust that neither the Federal Government nor the management of the NNPC as the agency directly responsible for the management and maintenance of the pipelines, has deemed it fit to take action towards finding a permanent solution to the menace despite the fact that President Goodluck Jonathan, in 2012, gave him an audience over the matter.

“Vandalism is a daily occurrence which shows the way we are as a nation. I still maintain that the NNPC is part of the problem, being the agency assigned to ensure that things like this do not happen. This is either dereliction of duty or neglect on the part of the agency of government.

“I don’t know why it is difficult for us as a nation to prevent the recurrence of this ugly incidence. I offered some solutions in 2012 when I visited Arepo and when President Jonathan invited me to his office over it, but nothing has been done about it till now.”

He also lamented that despite the advancement which modern day technology has provided in the areas of security, access to the multi-billion naira investments over the years by criminals remains unhindered.

The governor alleged complicity of highly influential people in the wholesale vandalism. [myad]