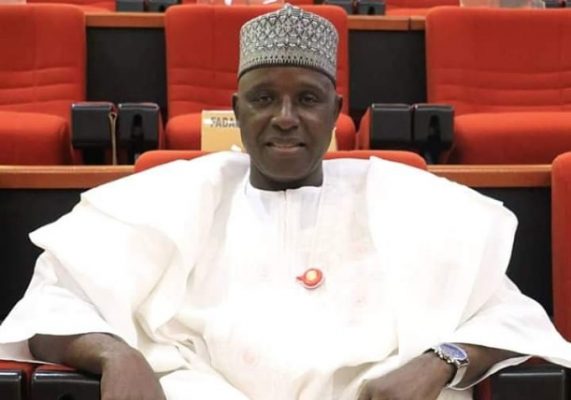 Senator representing Plateau North under the umbrella of the Peoples Democratic Party (PDP), Istifanus Gyang has given scholarships to 600 students in his constituency to enable them to finance their various educational programmes.

Senator Gyang also gave grants to 500 widows in the constituency.

He made the presentations to the students and the widows on today, December 6 in Jos, as part of an empowerment programme for his constituents.

“I suffered to acquire education because I became an orphan at an early age.

“My father died when I gained admission into secondary school, therefore, I know the challenge of students especially those that don’t have a sponsor,” he said.

The lawmaker advised the students against drug abuse and cult activities and other social vices.

He also urged them to dedicate their time to their studies and other gainful ventures that would make them responsible and useful to themselves, their community and the society.

On the grant he gave to the widows, Senator Gyang said that the sufferings of a widow should be the concern of all.

He pledged to continue to assist vulnerable members of the society.

This was even as former Minister of Water Resources, Mrs. Sarah Ochekpe, in a goodwill massage, advice the benefiting widows not to use the funds given to them for frivolities.

Ochekpe encouraged the widows to boost their petty businesses with the grants from Senator Gyang.

She expressed concern over the increasing number of widows in the state and called on people of goodwill to emulate Sen. Gyang and assist widows.

She charged the benefiting students to study hard and justify the lawmaker’s gesture.

Gyang, a student of Abubakar Tafawa Belewa University, Bauchi, advised his colleagues to use the funds for the purpose they are meant.