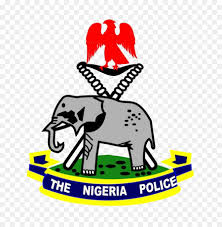 The Police Service Commission (PSC) has approved the appointment of six Deputy Inspectors General of Police (DIG) with two to proceed on pre-retirement leave.
A statement by the Head of Press and Public Relations of the Commission, Ikechukwu Ani in Abuja, said that the remaining four are to replace the four retired DIGs and also form part of the IGPs Management team made up of seven DIGs.
The statement reads: “The new DIGs are; Abdul Dahiru Danwawu; Lawal Shehu; Adeyemi Samuel Ogunjemilusi; Peter Babatunde Ogunyanwo, all former AIGs and Alex Okpara and Celestine Okoye, former CPs. DIG Ogunjemilusi and DIG Okpara are to proceed on pre-retirement leave.
“The Commission also approved the promotion of 14 Commissioners of Police to the next rank of Assistant Inspector General of Police.
“They are: Yunana Babas; Dan-Malam Mohammed; Mua’zu Zubairu Halilu; Rabiu Yusuf; Sanusi Nma Lemu; Ahmed Iliyasu; Mohammed Uba Kura; Zaki M. Ahmed; and Gwandu Haliru Abubakar.
“Others are: Zama Bala Senchi, presently CP, Jigawa State Command; Bello A. Sadiq; Austin Iwero Agbonlahor; Lawan Ado, former CP, Kwara State Command and currently Commandant Police College, Kaduna and Bashir Makama.
“The appointments and promotions were the highpoints of the Commission’s 6th Plenary Meeting held in Abuja on Friday, October 18th and chaired by Musiliu Smith, Chairman of the Commission.
“The Commission also approved the promotion of 230 Superintendents of Police to Chief Superintendents, eleven Deputy Superintendents of Police to Superintendents and two hundred and eleven (211) Assistant Superintendents to Deputy Superintendents. Forty one Inspectors were also promoted to ASP1.
“The new CSPs include: Kabiru Ishaq; Sufi Salisu Abdullahi; Dattijo Abdullahi; Bisiriyu Akindele; Faloye Folusho; Ngozi Faith Nwosu; Shehudden Yusuf Baba; Ibrahim Bashir; Benjamin Nlemchukwu Ugwuegbulam; Remigius Nnaemeka Ekpe; Tope Adewunmi Oparinde; Esther Ifeoma Nwaiwu, Victoria Olayinka Mulero and Ogbonnaya Nwota.
“Chairman of the Commission, Smith, said the Commission will continue to closely monitor the performance of these Officers and enjoined them to rededicate themselves to the service of their fatherland. He reiterated that promotion in the Force will continue to be based on merit, seniority and availability of vacancies.”