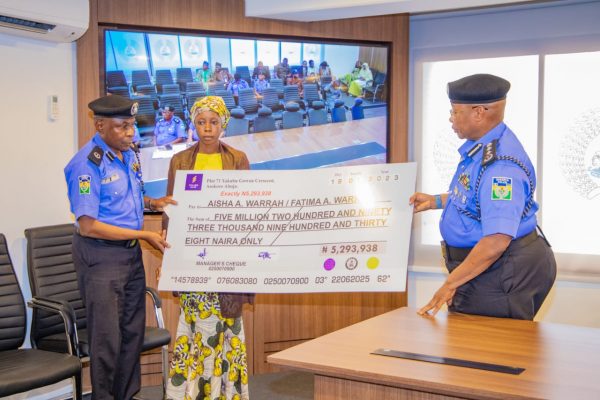 The Nigeria Police has started the distribution of the initial sum of N13 Billion to 7,000 deceased officers and those injured or rendered disabled in the line of duty between 2012 and 2020.

The money is the Insurance benefits of the affected officers who lost their lives while in service, as well as those who suffered various forms of life-threatening injuries while on active duty.

The Inspector-General of Police, Usman Alkali Baba, who handed the cheques to the families of the affected officers today, January 19, emphasized the value of human life and wholeness, saying that the prompt payment of insurance and other benefits due to officers who have met with some misfortunes due to the risky nature of policing in the contemporary environment and unforeseen hazards of policing, would greatly boost their morale and ensure they put in their best in service to the nation.

The backlog payments, according a statement by the spokesman of the Force, CSP Olumuyiwa Adejobi, were made possible through the passionate drive by the Inspector General to ensure that Police Officers are adequately catered for in the event of injury or permanent disability due to the risks associated with policing.