Home FEATURES Police To Falae: You Lied, We Rescued You And No Ransom Was... 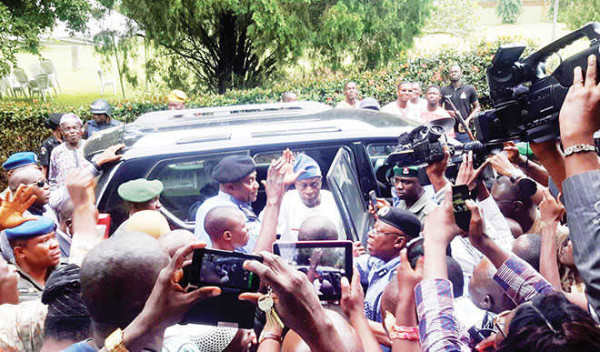 The Nigerian police have described the story by the former Secretary to the Government of the Federation (SGF), Chief Olu Falae about how money was paid as ransom to his kidnappers before he was released as tissue of lies, saying that they actually worked hard for his release.

Police spokesperson, Olabisi Kolawole maintained that the elder statesman was rescued from the kidnappers’ den by the men of Nigeria Police led by the Inspector General of Police, Solomon Arase.

Falae’s family had on Monday admitted that his abductors were paid undisclosed amount of money before he was released and picked up by the police in Owo, Ondo state.

Kolawole, however, insisted that no ransom was paid.

“As a law enforcement agency guided by rule of law and personal ethics, we do not under any circumstance encourage the payment of ransom to kidnappers or other criminals as it is tantamount to rewarding crime and motivating other criminals to follow that path.”

“In the process, we were able to identify the major actors and currently, high level Police activities are ongoing to apprehend and bring them to justice.”

Kolawole disclosed that the Nigeria Police under the leadership of the Inspector General of Police, Solomon Arase deployed unique intelligence and operational capabilities, including police helicopters for aerial surveillance for Falae’s rescue.

“If the payment was perfected through bank transaction, the Police have the capacity to track such transactions and will be liaising with the bank to enable us trace the cash and apprehend the perpetrators.

“This could be an added lead that could strengthen ongoing post-kidnapping efforts of the Police.” [myad]