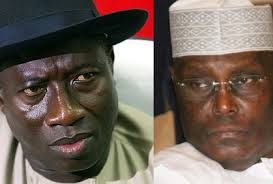 Former Vice President Atiku Abubakar has said that President Goodluck Jonathan is scared of his prospect in making it to the Presidency in the 2015 elections and is doing everything possible to stop him.
Atiku, who reacted to what he called “sponsored stories,” published by a section of the media to the effect that All Progressives Congress (APC) of which he is a chieftain, had zoned him out of the presidential contest following a new arrangement was false, adding that it is “a hatchet job for Aso Rock.”
A statement issued by his Media Office quoted Atiku as wondering why the presidency is scared of the prospect of President Jonathan facing him in 2015, even as he accused the newspaper of abandoning its responsibility to the public “by uncritically accepting and mechanically reproducing editorials, opinions and reports from the Villa.
“My chances (of becoming the President of Nigeria) have never been better, given the climate of democracy and freedom in the APC.”
The former Vice President said that he will at any moment from now, be making a pronouncement on if, when and how he will be making a declaration.
He said that the position of all organs of the party on the presidential ticket is that it is open to all Nigerians, irrespective of where they come from.
Atiku emphasized that at no time did the party’s Convention Planning Committee or its recently-dissolved Interim National Executive Council (NEC) discuss the issue of zoning of elective offices outside the positions of leadership of the party which he said, were filled at the highly successful convention held in the early hours of today.
Atiku appealed to all his well-wishers, supporters and the general public to disregard the false reports which he insisted emanated from the presidency.
He also emphasized that such false information was designed to deter him from offering his services to Nigerians. [myad]