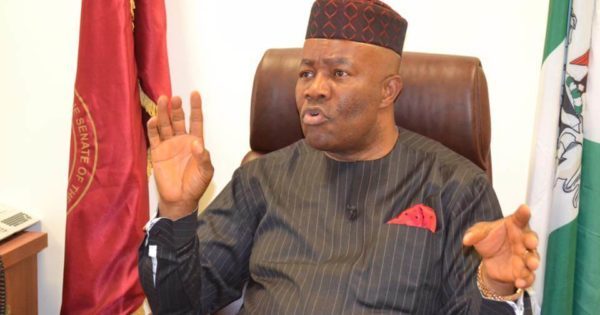 Top contestants in the All Progressives Congress (APC) elective offices in Akwa Ibom State have blamed their defeat in the just concluded governorship and House of Assembly elections on the Resident Electoral Commissioner (REC) for the Independent National Electoral Commission (INEC) in the State, Mike Igini.

Speaking to news men yesterday, Tuesday, the contestants, Nsima Ekere, who contested for the governorship; Senator Godswill Akpabio and Don Etiebet, insisted that the fsilure on the part of INEC Chairman, Professor Mahmood Yakubu to redeploy Mike Igini, caused them to lose in the elections.

Ekere said that Mike Igini had, from the outset, shown through his utterances and actions that he was determined to frustrate APC from winning elections in the state.

“Now, interestingly, months before the elections, the APC family in Akwa Ibom State had expressed a lot of reservations about the character of Mr. Mike Igini. We had told the entire country and the world that Mr. Igini had shown the world that he was far from neutral in the way he was preparing for the elections and his utterances amongst his staff during training sessions and the things he said showed clearly that the man had a mindset that he had sworn severally that under his watch, the APC cannot win elections in Akwa Ibom state.

”He is supposed to be a neutral umpire. His (Igini) conduct and the things he has done both in the presidential and national assembly elections and the gubernatorial and state house of assembly elections have confirmed our fears. What we find so difficult to understand is why it was difficult for the INEC chairman and other authorities that be to listen to our pleas to change Mike Igini as the REC in Akwa Ibom.

”From 1999 when elections started again in this country, every election year, the REC and other staff of the INEC who have been resident in a state for a period of time were always moved around. That way, you are sure they will not allow their alliances and the friendships they have developed in the state within that period they have stayed to influence their conduct.

”Surprisingly INEC refused to do this. And this is the first time this is happening. They allowed Igini to frustrate the wishes of Akwa Ibom people. This is most unfortunate.”

Akpabio also attributed APC’s failure in the state to Igini, saying that he found it hard to understand why his local government, Essien Udim, with voting strength of 105,000 was allotted just a bit above 6,000 votes.

He said that the recent elections in the state were massively rigged by the PDP in connivance with INEC headed by Igini.

On his part, Etiebet accused INEC of changing the result before announcement and vowed that APC would challenge the result in court.