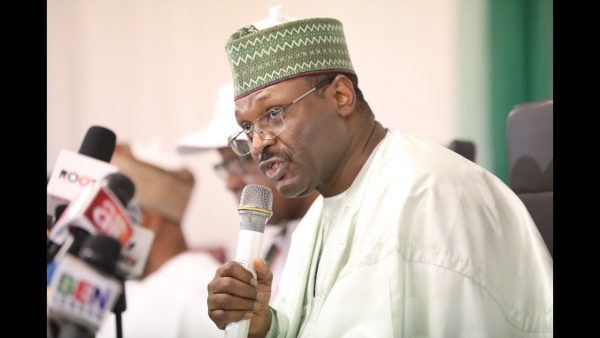 The Independent National Electoral Commission (INEC), has declared Anambra State a possible “danger zone,” expressing doubts over the conduct of elections in some parts of the state in the 2023 general polls as a result of the activities of gunmen in the state.

The state Resident Electoral Commissioner (REC), Elizabeth Agwu, at a meeting with stakeholders at the INEC Secretariat in Awka, said that about seven local government areas of the Anambra South Senatorial District are the most dangerous.

Elizabeth Agwu said that it was high time the youths in Anambra State took possession of their land and rid it of criminal elements.

She said that insecurity in the South-East is caused by indigenes and not imported persons, adding that the commission is determined to hold a free, fair and credible election in 2023, adding that all votes must count.

“This is the time for the youths to rise up in different communities to protect their people. We have prepared for the elections with materials and men. What we need from communities is to collect their Permanent Voters Cards and security. None sensible materials have been distributed already.

“Anything done that will make elections not successful in Anambra South should be resisted. Anyone caught doing abnormal things during the election will not be alive to tell the story.

“I am relying on the president general in all the communities and traditional rulers to secure their areas during the elections. Let us avoid suppressing ourselves.

“Voter education concerns and affects everyone in this country. There are so many ways it affects us, but the problem we have here is our penchant for pursuing money.”

She said that the purpose of the meeting was about voter education and a review of the security situation in the state prior to the general elections next year.

During the meeting, some stakeholders reported that some yet-to-be-identified assailants set ablaze buildings belonging to prominent individuals in the area, including that of a monarch, few days ago.

The President-General, Osumoghu Community in Nnewi South Local Government Area, Dennis Muomaife, who was at the stakeholders’ meeting informed the participants that two of his buildings were burnt two weeks ago by unknown persons.

“Not only that, the house of the traditional ruler of the community and that of the deputy speaker of the state House of Assembly representing Ihiala 2 Constituency were equally set ablaze.”

He said that his community had set up a peace and reconciliation committee in making sure that such issues were tackled in less than no time, adding “we are really doing something.”

2023: National Unity Vs Religion And Ethnic Agenda, By A.U Atima