Home NEWS POLITICS 2023: Presidency Will Not Be Handed Over To Igbo Just Like That,... 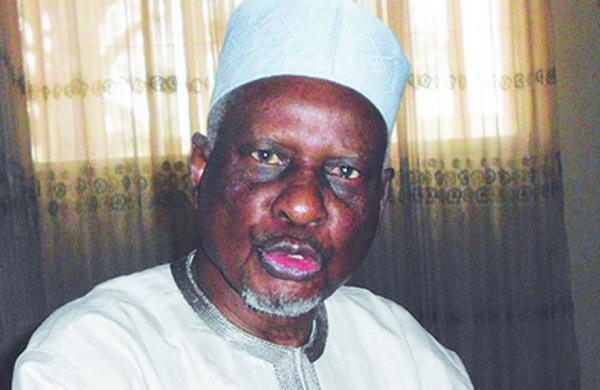 A founding member of the Arewa Consultative Forum (ACF), Alhaji Tanko Yakassai, has said that the presidency will not be handed over to the Igbos of the Southeast in 2023 on a platter of gold as they have to work hard to get a chance.

Yakassai who was interacting with journalists at his Kano home today, December 3, a few days after celebrating his 94th birthday, said there is nothing wrong with the clamour for an Igbo President come 2023, but that they must not expect it to be given to them just like that, believing that the North will not speak with one voice on the issue of zoning of the presidency ahead of the 2023 elections.

“My advice to my Igbo brothers and friends is that they should work hard for it because the slot will not be handed over to them just because they clamour for it. It is not done that way.”

Yakassai said that there is no constitutional provision for power shift but that some leaders of the ruling All Progressives Congress (APC) want to have a “gentleman’s agreement that the nation’s highest office should rotate to the southeast after Buhari’s tenure.”

He acknowledged the Southeast has sufficient grounds to seek the highest office, but that hard work, rather than a mere wish, is what will make Igbo presidency a reality.

“The Presidency has never been given to any zone for free. It always comes through voting. I want the South-East to have the opportunity to produce the President because the South-West had it in Olusegun Obasanjo.

“The South-South had in Goodluck Jonathan. The North-West had it in Umaru Yar’Adua and again in Muhammadu Buhari. But the seat or ticket has never been given free of charge. You have to work for it.

“Election is a matter of convincing people and presenting your programmes to them. You tell them how their lives will be better off and all that. In the end, they will settle for the person they believe will impact more on them.”

The Hypocrisy Of Igbo Political Leaders, By Fredrick Nwabufo