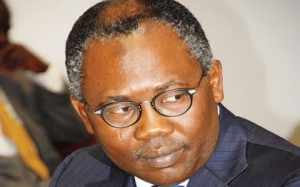 Ninety two Nigeria lawyers, including three female ones have failed to make it to the rank of Senior Advocate of Nigeria (SAN) in an examination conducted by the Legal Practitioners’ Privileges Committee (LPPC).
The Registrar of the Supreme Court and Secretary of the LPPC, Mr. Sunday Olorundahunsi, who addressed journalists after the committee’s meeting yesterday said
That out of the 109 lawyers who applied for the rank, only 17 of them sailed through, adding that there were only three females who could not make the final list.
He said that the 17 lawyers who passed the ultimate test were chosen from the 23 that were shortlisted for an interview, which held on June 8 and 9, adding that the new SANs would be sworn in on September 22.
The new SANs, whose names were released today, include Dr. Olu Onagoruwa, who was the Attorney-General of the Federation during the regime of the late Head of State, General Sani Abacha; Professor Josah Amupitan, Olusola Idowu, Dr. Ernest Ojukwu, Ahamefula Ejelam, Chike Onyemenam, Tawo Eja Tawo, Olatunde Adejuyigbe and Sylvanus Ogwemmoh.
Others are Dr. Adewale Olawoyin, Dr. Joshua Olatoke, Teslim Busari, Kevin Nwufo, Dr. Amuda-Kannike Abiodun, Oluwakemi Balogun, Hakeem Afolabi and Gerald Ezeuko.
The list of the successful lawyers were released after a meeting of the LPPC at the Supreme Court on Thursday.
Two of the of successful lawyers – Amupitan of the University of Jos and Idowu of the Nigerian Law School – were awarded the rank on the basis of their scholarly contribution to the development of the law (academia).
Olorundahunsi made it clear that the LPPC “adhered strictly to the provisions of the guidelines” in arriving at the list of the successful candidates.

See also:  Those Who Say I Endorsed Peter Obi Are Liars - Babangida