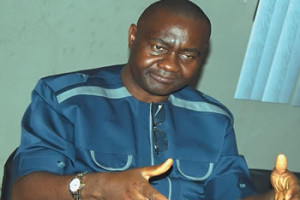 Candidate of the All Progressives Congress (APC) for Rivers South-East senatorial district , Senator Magnus Abe has been declared winner of the Legislative election by the Independent National Electoral Commission (INEC).

Announcing the results, the Returning officer for Rivers south East senatorial district, Professor Onukwuisi Gideon said that Senator Abe polled 125, 938 votes to beat Senator Olaka Nwogu of PDP who polled 25394. Others were kingsley Onyekwere Okechukwu of the Labour Party (LP) with 549 votes, Comerade Oke Ude of NNPP with 96 votes and Efrida of UDP scored 99 with votes. A total of 2,627 votes were rejected out of the 154, 703 total votes cast.

In other results from Rivers South-East; Barry Mpigi of the APC was declared winner of Tai/Oyigbo/Eleme Federal Constituency with 48,760 votes to defeat PDP’s Jacobson Mbina who polled 11,737 votes.

Maurice Pronen of the APC was also declared winner for the Khana-Gokana Federal Constituency seat with 68, 219 votes while Dum Deekor of PDP scored 20, 329 votes.

Friday Nkeeh of the APC was also declared winner for the Rivers State House of Assembly seat, Khana Constituency 2 with 15,000 votes to beat his closest rival, Dinebari Loolo of the PDP who polled 4,000.

Dr. Innocent Barikor of the APC was declared winner of the election for Gokana state Constituency with 24,624 votes, defeating PDP’s Israel Ngbuelu.

Meanwhile, INEC has said that only results announced by its returning officers will be accepted. [myad]