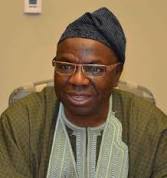 Former Nigeria’s High Commissioner to Canada, Ambassador Professor Iyorwuese Hagher has accused Nigerian Army of joining force with Fulani ethnic militia to effect Tiv ethnic cleansing in Nigeria, even as he called on the international communities, including the United Nations, the United States of America and others to quickly intervene to save Tiv people.

In a statement he issued in Abuja today, Professor Hagher said that the recent attacks and sack of Tiv towns by a joint operation of the army and a Fulani ethnic militia signifies the degeneration of security in Nigeria and further proves the glaring evidence of the lack of control and inability of the Federal Government of Nigeria to protect Nigerian citizens from harm’s way.

“It is condemnable and reprehensible that large scale pre-colonial tribal wars have been reignited, fester and are being relentless re-waged in the 21st century in Nigeria. It is sad and disheartening that the Nigerian government and the world, is refusing to acknowledge the current systematic ethnic cleansing of the Tiv people, which has been on-going since 2011.

The attack of Gbise town in Shitile, in Tiv homeland in Benue State, by an ethnic militia, aided by the Nigerian army, is a signal of an accelerating humanitarian disaster, already in motion and which needs must stop at once.”

The former Nigerian envoy said that in light of the foregoing is calling on the United Nations and the International community to intervene with responsibility to protect the Tiv people and call the Nigerian Government to order.

He said that the United Nations should, immediately set a United Nation’s peace keeping force to protect Tiv lives and avert the violations of human rights and crimes against humanity; (including murder, rape and mutilation of dead bodies) committed against a defenceless civilian population.

Professor Hagher further called on the International community to set up immediately, a high-powered tribunal to establish: the extent of the violations of International humanitarian law involving the ethnic militia and the extent of the Nigerian military’s involvement in tremendous outrages on personal dignity and inhuman and degrading treatment meted to the Tiv people by their attackers.

He also called on the United States and Canada to take note that the Tiv ethnic cleansing agenda today, is more heinous and expansive in scope, than the horrendous Zaki-Biam massacres of hundreds of un-armed men, women and children by the Nigerian army in October 2001, which was roundly condemned by the International community.

He further asked the United States and the International community to note that the Nigerian Government has lost control and credibility in this systematic Tiv-ethnic cleansing agenda by the army’s involvement in the latest attack on Tiv targets at Gbise town on 29th March 2014, previously on Jato Aka on 6th March 2014, Anyiase and Kashimbila, between 18-20 February 2014.

He called also on the United Nations and the International community to investigate the use of chemical weapons deployed by the ethnic militias and their collaborators against the Tiv people of Nigeria as evidenced in the large number of Tiv; old defenceless men, women and children, that have died in the war zones simply by inhaling gaseous substances deployed by their attackers at Gwer East, Ayillamo and Tor Damisa on 26th of March 2014.

“The United Nations should help mitigate the effects of murder, rape and displacement of affected Tiv people.

“The International community can no longer ignore the fate of over five million Tiv people marked for ethnic cleansing in the Benue valley to avoid the repeat of the unashamed world; passively watching the slaughter of the minority Tutsi population by the Hutu in 1994. The unfolding drama in Nigeria’s Benue valley is poised to make the Rwanda massacre of 1994, the Balkans of 1995 and the Kosofo of 1999 pale into insignificance. The time to act is now.”