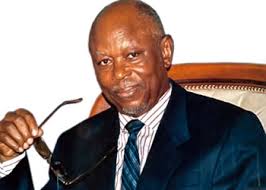 Politics of consensus was put into full use in the early hours of today by the opposition All Progressives Congress (APC) as many national officers, including the National Chairman, Chief John Oyegun emerged through the system.

While announcing his withdrawal from the contest, Sylva said that he took the decision in order to promote unity in APC, adding: “I will throw my weight behind who ever emerges the winner.”

However it was gathered that 47 other national positions in the party were contested. Some of them included the positions of Deputy National Vice Chairman, National Organising Secretary, National Women Leader, National Treasurer and National Youth Leader.

Baraje said the committee provided a level playing ground for all the contestants to ensure justice and fair play in the conduct of the election.

Addressing newsmen after he was declared winner, the national chairman, Chief John Oyegun expressed his commitment to deepen democratic culture and values in the APC.

He appealed to members of the party to support and cooperate with his administration, saying: “ we will run an all-inclusive government.

The new APC chairman expressed optimism that the party would defeat the ruling Peoples Democratic Party (PDP) in the 2015 general elections. [MYAD]