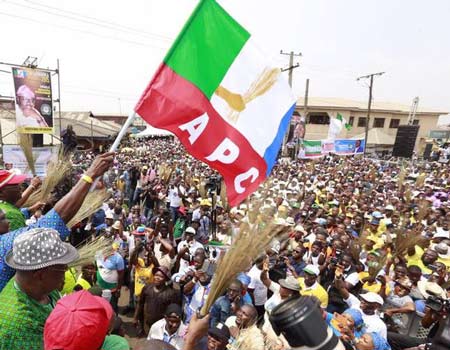 The ruling All Progressives Congress (APC) has scheduled its Presidential campaign to take-off in Jos, capital of Plateau States on November 15.

Plateau is the home state of Governor Simon Lalong, who is the Director-General of APC Presidential Campaign Council.

In a statement today, November 3, the Director of Media and Publicity for the Presidential Campaign Council, Bayo Onanuga said that the campaign was first started on November 1, with the Town Hall meeting in Lagos between Asíwájú Bola Ahmed Tinubu and business leaders in Lagos.

He said that more of such town hall meetings will take place before the mega rally in Kano on 11 February, 2023, adding that the Kano rally will draw the curtains on the campaign, as the party shifts into election planning mode.

The campaign council appealed to party structures, party chieftains and members across the country to continue to mobilise support for the party and presidential candidate and his running mate, to ensure that APC wins the presidential and other elections.

How Buhari Saved Me From Confusion Before APC Presidential Primary, Tinubu Tells Afenifere