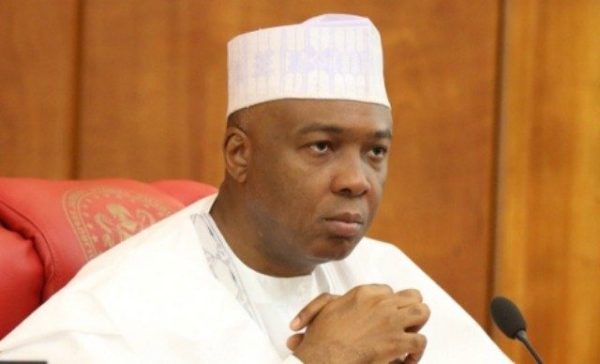 Scores of protesters Tuesday stormed the headquarters of Nigeria’s ruling party, All Progressives Congress (APC), demanding the sack of Senate President, Bukola Saraki from the party.
The protesters, who said they were members of the APC in Kwara, also commended the decision of the National Working Committee (NWC) of the party to dissolve the Kwara party executive.
“The dissolution of the Balogun APC executives in Kwara State by Adams Oshiomhole and the National Working Committee is highly commendable as it is long awaited,” a protester Tayo Awodiji told newsmen.
He said that the dissolution will pave way for proper repositioning of the party ahead of the 2019 election.
The national leadership of the party had on Monday dissolved the Kwara State executive committee suspected to be loyal to Saraki and the state governor Ahmed Abdulfattah.