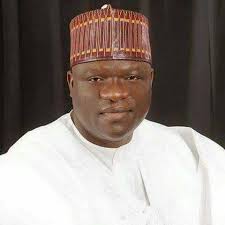 The Court of Appeal, Yola Division has granted a stay of execution on the order of the Federal High Court, Jalingo disqualifying the governorship candidate of the All Progressives Congress (APC) in Taraba State, Alhaji Sani Abubakar Danladi, from contesting Saturday’s election.

The court, presided by Justice Chidi Uwa, also ordered all the parties involved in the case to maintain the status quo ante pending the determination of the motion on notice filed before it by Danladi.

Danladi and the APC are the appellants in the suit, while Usman Udi, Joshua Paaku, George Geoffrey, Tanko Muslim Munkaila and the Independent National Electoral Commission (INEC) are the first, second, third, fourth and fifth respondents respectively.

The Federal High Court sitting in Jalingo and presided by Justice Stephen Pam had disqualified Danladi from contesting Saturday’s gubernatorial election in the state on the ground that he gave false information in his particulars to INEC.

The Federal High Court also restrained INEC and APC from recognising, accepting or treating Danladi as the candidate of APC in the governorship election.

Justice Pam equally prohibited Danladi from parading himself as the candidate of APC in the governorship election for Taraba Dtate slated for March 9, 2019 or any other subsequent date to be slated.

But setting aside the ruling of the High Court, Justice Uwa ordered: “That the parties are to maintain the status quo ante bellum and are to stay all actions and steps towards the execution of the judgment of the Federal High Court delivered in suit FHC/JAL/CS/1/2019 delivered on 6/3/2019.

“That an interim order of injunction is hereby ordered restraining the 1st, 2nd, 3rd, 4th and 5th respondents from taking any step(s) towards the execution of the judgment/orders of the Federal High Court Jalingo, Taraba State in suit no FHC/JAL/CS/1/2019 pending the determination of the motion on notice filed by the applicants on the 7th of March 2019 and dated 6/3/2019.”

Meanwhile, Justice Uwa has adjourned the motion on notice to 9th of April for hearing.