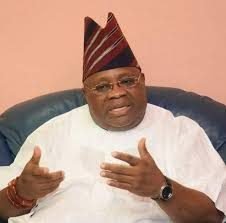 The Osun State governor-elect, Senator Ademola Adeleke has confirmed that some allies of the minister of Interior, Ogbeni Rauf Aregbesola (of the ruling All Progressives Congress – APC) joined forces with him to defeat the incumbent governor, Gboyega Oyetola of the same APC, in the last Saturday’s governorship election in the State.

Speaking with Channels TV today, July 18, Adeleke said: “I did not work with Aregbesola. I did not even speak to him, but I know some APC members and his allies that joined us.

“I can’t tell whether Aregbesola asked his associates to support me or not because I never had a conversation with him.”

The Governor-elect confessed that “it is not easy to defeat an incumbent anywhere in the world,” without the help of insiders.