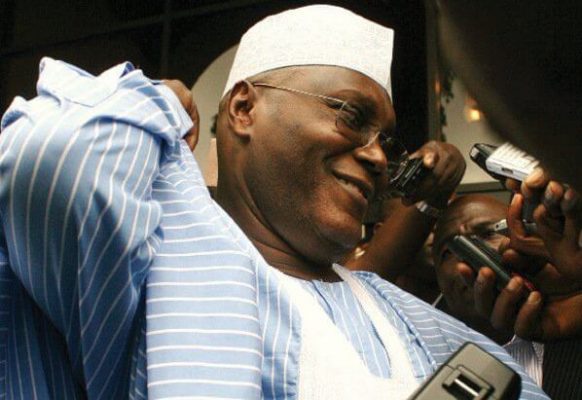 Former Deputy National Publicity Secretary of the All Progressives Congress (APC), Yekini Nabena, has argued that the Presidential candidacy of Atiku Abubakar which violated the People’s Democratic Party (PDP) zoning arrangement is more harmful to the unity of Nigeria than APC’s Muslim-Muslim joint ticket.

Speaking to news men today, July 12 in Abuja, Yakini Nabena said that Nigerians should be more worried that the opposition party killed fairness and conventional power rotation between the North and South, than the Muslim-Muslim ticket of the ruling party.

He asked Nigerians to ignore the unnecessary cry from the opposition parties, emphasizing that there are Muslims in the North, as well as all parts of the South, hence Muslim-Muslim ticket of the APC is harmless.

The former APC spokesman also argued that a single faith ticket is not new in Nigeria going by history, listing Buhari/Idiagbon Muslim-Muslim ticket, and Gowon/Adewale Christian-Christian ticket in the past.

“Heaven did not fall. In 2011, when the Action Congress of Nigeria (ACN) fielded Nuhu Ribadu and Fola Adeola, both Muslims, there was no cry by the opposition because the ticket stood no chance of winning.

“Nigeria should worry more about the zoning arrangement which the PDP has just killed for their selfish interest and desperation of its presidential candidate, Atiku Abubakar, because of his last chance which will become one-chance by 2023.”

“The APC has done the right thing by zoning the presidency to the South. Nigerians must know that religion is a matter of individual race, the most important thing is that the presidency is in the South compared to PDP’s unfair treatment of the South.

“PDP zoned the presidency to the North while the incumbent president is from the North, a Muslim and Fulani man, just like Atiku. This actually calls for anger and not harmless Muslim-Muslim ticket of the APC.”