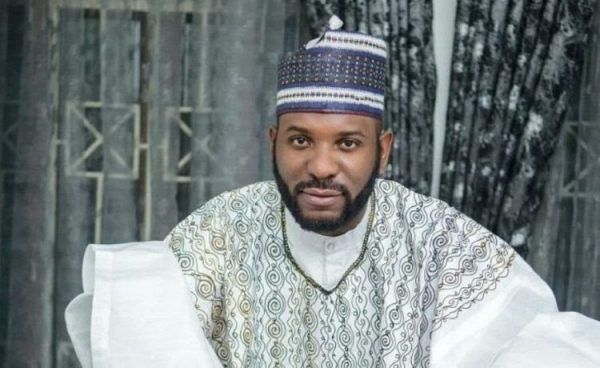 An All Progressives Congress (APC) governorship aspirant in Kogi State and son of late Prince Abubakar Audu in the person of Mustapha Audu, has challenged the National Chairman of the party, Adams Oshiomhole and the state APC in court over his exclusion from the governorship primary conducted today, August 29.

Joined as third to fifth defendants are the chairman of the Primary Election Screening Committee, Senator Hope Uzodinma; the Chairman of the appeal panel, Lawal Yakawada; and the Independent National Electoral Commission (INEC).

According to a copy of the court papers filed before the Kogi State High Court, Mustapha claimed that he met the criteria for selection as one of the APC aspirants for the primary election.

He claimed that without going through the laid down process for the selection of aspirants, the APC National Working Committee unjustly excluded his name in the list of cleared aspirants.

He prayed the court for a declaration that the exclusion of his name from the list of the governorship candidates was a breach of his right to fair hearing and that it was unconstitutional, null and void.

He also sought the court’s declaration that the defendants’ conduct of its screening exercise was in breach of the letters and spirit of the party’s constitution.

He also prayed for the order of the court directing Oshiomhole and the state chairman to include his name as one of the governorship aspirants for the primary.

Imo: PDP Chairman Insists Supreme Court Was Wrong And Will Reverse Self