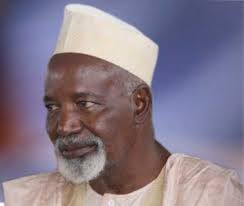 Nigeria’s Second Republic Kaduna state governor, Alhaji Balarabe Musa has said that sponsors of the deadly Boko Haram may be either the Federal Government or bands of thieves in the country or foreign imperialists.

The sponsors, he insisted: “must be either the Federal Government or bands of thieves in the country, who are rich; or foreign imperialist, who have targeted Nigeria for disintegration by 2015. These are the forces we should look at as possible sponsors of this insurgency working towards the destabilisation of Nigeria.”

Balarabe, who spoke in an interview with The Punch newspaper dismissed the insinuations in many quarters that Boko Haram is being sponsored by Northern elders, adding: “it is irrelevant because the so-called northern leaders are not the Federal Government. They cannot control any part of the country.

“They are just elders, who have been identified for their roles or age. They have no power. They don’t even have moral authority. It is the Federal Government that has the legal power and moral authority to face the situation. The highest authorities in the North are the governors.

“Even the governors can’t do much. They are the chief security officers of their states but they don’t control the police, the army and other security services. They don’t even control the funds that could have enabled them to perform.”

The former governor under the Peoples Redemption Party (PRP) regretted the inability of the federal government to resolve the issue of the abduction of the schoolgirls from Chibok, Borno State, and the continued abduction of women and children.

“And up till today, the foreigners have not been able to identify where the abducted children are. Nothing concrete is coming both from the Federal Government and those invited to help.”

He described members of Boko Haram as clearly unIslamic, saying that they are violating the fundamental tenets of Islam one of which is the dignity of women folk.

“It is a consensus that the Boko Haram insurgents are agents that are out to destabilise the country either by the Federal Government itself or some band of thieves or by foreign imperialists. There is no way a sectional group in Nigeria can mount such insurgency as the Boko Haram. They don’t have the resources; they don’t have the cohesion or coordination.” [myad]