Home NEWS POLITICS Bello Adoke Complains Of Being “Stabbed In The Back” By His Staff... 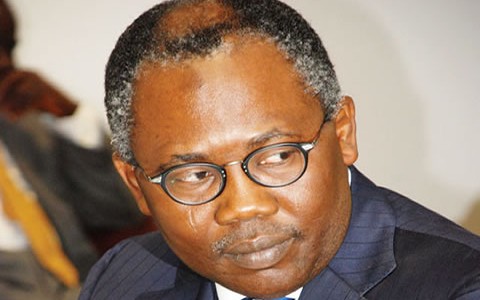 The Attorney General of the Federation and Minister of Justice, Mohammed Bello Adoke, has complained of three of his staff – Lawrence Illop, Taiwo Abidogun and N.S. Odusola – who he said filed an affidavit seeking to stop the usage of the Permanent Voter Card (PVC) for the March/April general elections without his knowledge and has therefore issued them queries.

In a statement he personally signed on yesterday night, the Justice Minister said that his attention was only drawn to the existence of such an affidavit through a media report, adding that he was not privy to the content of the affidavit that was filed sequel to a suit by the Society For Advancement & Protection of Public Rights.

He said that the move by Illop, Abidogun and Odusola was contrary to the laid down procedure of the ministry that requires him to see all court papers before they are filed, saying that he had caused a query to be issued to the erring staff.

His statement reads in full: “My attention has been drawn to an article by ‘Sahara Reporters’ an online publication under the caption” Nigeria’s Attorney General Files Affidavit to Scuttle Use of PVCs for Elections” alleging among other things, an attempt by the administration of President Goodluck Ebele Jonathan GCFR to undermine the use of permanent voter cards (PVC) in the country’s forthcoming elections and my opposition to efforts by the Independent National Electoral Commission (INEC) to conduct free and fair elections using an updated card electronic voters register and permanent voter cards.

“Although, the Office of the Attorney General of the Federation and the Independent National Electoral Commission are Co-Defendants in Suit No. FHC/ABJ/06/15 instituted by the Society For Advancement & Protection of Public Rights seeking the interpretation of sections 77 (2) and 112 of the Constitution of the Federal Republic of Nigeria, 1999 as well as section 9(5) of the Electoral Act, I wish to categorically state that I was not aware of the contents of the Counter Affidavit deposed to by Lawrence Illop and did not authorize it.

“While, the deponent, (Lawrence Illop) and Messrs Taiwo Abidogun and N.S. Odusola who signed the Written Address in Support of the Counter Affidavit are staff of the Federal Ministry of Justice, I wish to state that the Officers did not avail me the opportunity of perusing or vetting the Affidavit and Written Address before they were filed. The practice in the Federal Ministry of Justice is for the Attorney General of the Federation to be availed copies of all Court Processes prepared in reply to suits against the Office and his opinion first had and obtained especially in sensitive suits such as the one in question before such processes are filed.

“This practice was not adhered to in this instance for reasons best known to the aforementioned Officers. As Head of the Ministry, I must take responsibility for their conduct. However, I have directed the processes to be withdrawn forthwith to enable an appropriate response to be filed to the originating summons. I have accordingly caused a query to be issued to the concerned Officers.” [myad]