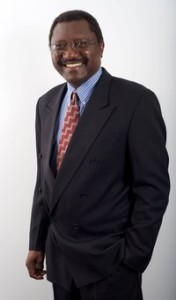 A senator from Benue state, George Akume has said that members of the deadly Boko Haram are not fighting for any type of religion but their selfish interest, even as he asked Nigeria to come together to defeat them.
In a statement in Abuja, Senator Akume also made it clear that if the intention of the incessant bomb attacks in many parts of the North is to create religious hatred amongst the citizenry, they have failed.

It is clear from the utterances of those committing these acts of terror that their grievances are not religious, ethnic nor political. They simply want to destroy the democracy which Nigerians have fought for and which we are now trying to build.
Senator Akume reminded members of the Boko Haram that Nigeria has come to stay and that any attempt by them to destroy the country will fail.
“Nigeria has fought a civil war before and survived it. The new attempts to plunge our beloved country into yet another civil war will fail.”
He was pained another spate of bomb blasts in Jos, Plateau state capital on Tuesday, adding that the bombings that had killed many innocent Nigerians showed that the sole aim of Boko Haram is to destroy the country.
Senator Akume is also disturbed by the abduction of young school girls and the announcement by them that the girls would sold into slavery.
He advised the insurgents to drop their arms and embrace the government’s offer of dialogue so that what ever grievances they have against the system will be addressed.
He also called on Nigerians of all religious beliefs and ethnic origins to stand firm against the premeditated attempts to destroy this country.
The Senator prayed to God to grant eternal rest to the souls of the victims of the blasts, even as he asked God to grant the families of the victims of the dastardly acts the fortitude to bear the loss.