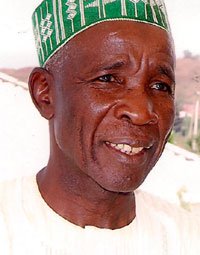 Chieftain of the New Nigeria Peoples Party (NNPP), Alhaji Buba Galadima has predicted that the Presidential candidate of his party, Rabiu Kwankwaso, will win the 2023 presidential election.
Galadima, in an interview on Channels Television’s Politics Today, said that Kwankwaso will win all the Northern states of the country.
“The northeast is completely Kwankwaso because he will win Taraba, Adamawa, Gombe, and Bauchi, including the governorship.
“He will win the north-east, north-central, and will win the north-west. All combined, they have over 50-something million voters.
“Kwankwaso will poach the south-south, southeast, and part of the southwest.
“I assure you that all Nigerians who desire freedom, development, progress, and health services, have no other person to vote for than Senator Rabiu Musa Kwankwaso.
“PDP is not even on the ballot because its strength is in the south-east, which has been eroded by Peter Obi. The next strength of PDP is in the south-south. With Wike never supporting Atiku, the south-south is gone.”