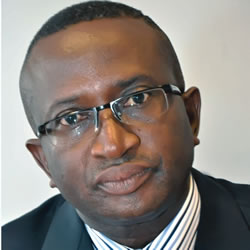 Senate Leader, Senator Victor Ndoma-Egba (SAN), has raised alarm that if the Federal Government failed to take urgent  proactive actions, Nigeria could lose most of its tourists sites and eight out of the 18 local government areas in Cross Rivers State to Cameroon.

Ndoma-Egba spoke against the backdrop of an ongoing boundary adjustment between Nigeria and Cameroon by the United Nations following the 2002 Judgment of the International Court of Justice judgment that ceded the oil-rich Bakassi Peninsula to Cameroon.

The Senator, who promised to move a formal motion on the issue on the floor of the Senate next week, noted that there is tension in the state last week over the presence of the United Nations Boundary Adjustment Team, led by Mr. Isaac Baya of Zimbabwe.

He said the team was in company of the Nigerian soldiers at Danari, a boundary community between Nigeria and Cameroon in the Boki local government area to implement the Green Tree Agreement based on the ICJ verdict.

“There are some boundary delineation exercise going on as a result of the Green Tree Agreement, which was the consequence of the judgment of the International Court of Justice on what we call Bakassi.

“The Green Tree Agreement necessitated some boundary adjustments and that exercise started somewhere from Lake Chad and it supposed to go right down to the Atlantic Ocean in the South, so the exercise is going on but in a place called Danari, in Boki Local Government in my constituency.

“The Anglo/German boundary of 1913 has been there and a particular beacon stone, beacon 113, we heard cannot be found; the rest has been found and that is the one they are trying to locate. The United Nations Team is insisting on taking a straight line, now the communities believe that beacon is somewhere furthering in the Cameroons.

“If they do a straight line as they want to do, then we will be losing some communities to the Cameroons including the famous Agbokim Water Falls, where Hon. John Enoh comes from. So, I am in touch with the Cross River State Government and the community. We are looking at it so that I will bring a formal motion to the floor; you know I came under Order 42 the last time just to give notice about my intention to bring a motion.

“We are going to lose some substantial territory that is what I can say. I am still getting brief on it.

“So, we want to make a case for the UN Team to just accept the traditional boundaries that the two communities agreed on and let the sleeping dogs lie.

Ndoma-Egba ruled out the possibility of the country practising a part-time legislature based on the recent recommendation of a committee of the ongoing national conference.

“For Nigeria to practise part-time legislature, is not possible in a presidential system of government, because how do you oversight the executive arm.?

“The oversight will be part-time oversight. Now I am told that their reason for that recommendation is to save cost. Now the budget of the National Assembly has remained at N150bn in the last three years, the current budget of the federation is N4.6 trl. by the time the SURE-P component is added, it is N4.96trl.