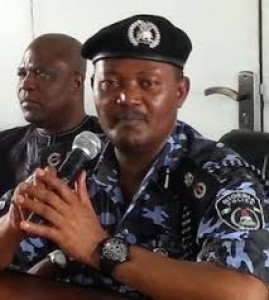 Commissioner of Police in the Federal Capital Territory (FCT), Mbu Joseph Mbu has announced a ban on protests within Nigeria’s capital city agitating for the release of the Federal Government Girls Secondary School, Chibok in Borno state kidnapped on April 14 by members of the Boko Haram sect even as women made it clear that they would not permit the police to take the shines off the agitations.
A press statement issued from the police said that the ban was necessitated by the need to stem danger through series of protests, rallies and demonstrations and counter demonstrations organized by groups and individuals over the abduction.
The ban on the rallies followed series of attempt by the Nigerian government to create a fake group of protesters that shifted the blame of the missing girls from the government to the kidnappers, Boko Haram.
“Please note that the Police has not banned all protests and rallies in Abuja. No. What was banned is the #BringBackOurGirls protest; and it was banned in order to forestall breakdown of law and order in Abuja.”
However, former Minister of Education, Obiageli Ezekwesili, who is one of the leading figures in the campaign said no body would stop them from the course they are fighting for.
She accused Mbu of a lack of sympathy for the abducted girls because his daughter was not involved, adding: “if Mbu’s daughter was one of 200 daughters of Nigeria held captive by terrorists and we came out to stand for their cause, would he do this?”
Ezekwesili said on her Twitter page: “What Commissioner Mbu should do is reprimand their sponsored thugs who attacked us, women, at our peaceful gathering.
“He can. He hired them. When their thugs attacked us while Mbu’s policemen stood aloof, we refused to engage with their gutter conduct. We figured this was their plot. “Predictably, Mbu has proven by his latest ill-advised statement of repression of citizens rights that he and his bosses hired those thugs.”
She said that there was no basis for and no power of the CP to ban peaceful assembly of any group of persons in the city, as the #BringBackOurGirls# protesters had always maintained civility in the face of harassment by both the Nigerian Police and hired thugs.
“The federal government would do well to send its officials who wish to roll back our Democracy by infringing on Citizens Rights to my #Democracy101 Class.
“Our Abuja family of #BringBackOurGirls# diverse women, men and young people standing with our #ChibokGirls shall never abandon them. Never!
“No matter how direly they want to take our focus off our #ChibokGirls, we shall not permit them that luxury.”