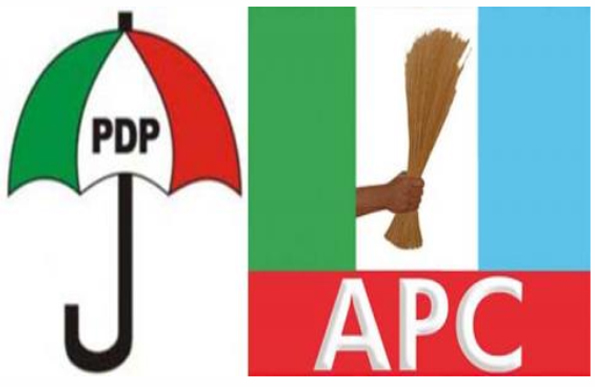 A chieftain of the Peoples Democratic Party (PDP) in Delta State, Prince Gabriel Nwanazia, has moved with over 200 of his supporters to the All Progressives Congress (APC) in the state.

Delta State is where the Governor, Ifeanyi Okowa, the running mate to the PDP Presidential candidate, Atiku Abubakar, emerged.

Prince Nwanazia, who defected to APC today, September 24, at the Aniocha North Local Government Area of the state, said that he moved to APC as a result of unresolved crises in PDP.

“I am a strong PDP mobiliser, a great supporter but today I decided to move my over two hundred supporters to APC.

“PDP does not keep agreement, I have worked for PDP over the years, I have delivered for PDP in all elections in Aniocha North.

“Today, no development in our area, some of the things here were done by APC. Crisis everywhere in the party”

Presenting the defectors to the leadership of the party, the only serving APC councilor in Delta State, Emmanuel Oweazim, said that Nwanazia was APC problem in the local government during elections in the past.

“2023 is the end of PDP in Delta state, one of our problems during election period had joined APC today and a lot of persons are expected to join APC soon.

“Crisis has made PDP lose one of its henchmen and by the time Omo-Agege emerged 2023, I will no longer be the only councilor in the state.”

Receiving the defectors, the Aniocha North APC Chairman, Mathew Chinye, Adizue Elueaka and House of Assembly candidate of the party, Mr. Bazim Boise, noted that the defection of youth mobiliser, Nwanazia, in Delta politics marked the end of PDP in the state.