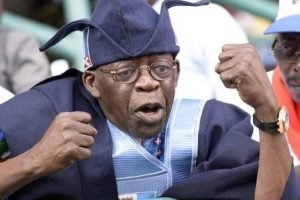 Confusion appears to be creeping into the Tinubu Support Groups Council , with the media arm complaining of being excluded from the formalisation arrangement.
In a letter to the Director-General of the Council today, January 17, National Coordinator of Bola Ahmed Tinubu (BAT) media Support Group Prince Emman Omadivi, cautioned against taking the wrong step even before the real action begins.
The letter reads:
I sent a message to you in respect of the conference you have planned to hold today to harmonise groups working for the success of our PRINCIPAL, ASIWAJU BOLA AHMED TINUBU.
The content of the invitation in itself shows that you are yet to know how many groups are affected. But the invitation seems to be selective because it appears it’s the groups known to you that you have given cards. That in itself will bring confusion as those without cards would want to be there too.
This was why I, on behalf of my group, BAT MEDIA SUPPORT GROUP, had tried to find out the situation. But alas, nobody seems to be ready to answer inquiries. And this will necessarily breed nepotism.
Our Principal is for everyone, that is why he is a true Nigerian. If at this level people who claim to be leaders are already showing what they are, one is afraid that when they climb the ladder, they will be at a great distance from the followers.
In view of this development, my group will not be there to be embarrassed.
Most of the groups, some of which were formed ‘yesterday’ will troop there today for relevance, recognition and pecuniary interest.
We wait to see how far this arrangement will go.
What would have assisted your Council was to put in place a portal for groups to register after which a conference of this nature would hold to confirm the sincerity and otherwise of the groups through verifiable means.
There,is therefore, the need to put your house in order.
I wish you successful outing.
Prince Emman Omadivi, National Coordinator, BAT MEDIA SUPPORT GROUP.