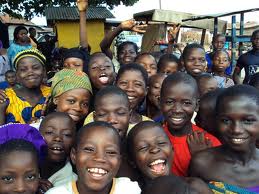 President Goodluck Jonathan has said that after 15years of uninterrupted democracy, Nigerian citizens now live better and more fulfilled lives than in the military era.

In his Democracy Day speech today, the President said: I wholeheartedly believe that our people are the better for it (democracy). The scope of fundamental rights and liberties enjoyed by our people over the past 15 years has been expanded beyond measure.
He noted that Nigeria has come a long way and made notable progress since the first Democracy Day on May 29, 1999 when the military finally relinquished power and handed over to a democratically-elected government, marking the true beginning of a government of the people, by the people, for the people.
“Although, I have ordered a low-key commemoration of this year’s Democracy Day in deference to the current mood of the nation, there can be no doubt that the past 15 years, the longest period of sustained democratic governance in our country, have been a blessing to us, as a people.
“As we commemorate 15 years of our Fourth Republic today therefore, I believe that it is fitting that we pay tribute once again to all those who played a part in restoring our nation to the true path of democratic governance, built on the foundations of rule of law and freedom of expression.”
President Jonathan is confident that democratic governance has now been entrenched in the nation and institutions.
He rolled out the attainments of Nigeria in various spheres of socio-economic life over the past 15 years, and under his government in particular, adding: “we have witnessed high national economic growth rates, steady improvements and expansion of national infrastructure including airports and roads, the restoration of rail transportation, the efficient implementation of a roadmap for improved power supply, a revolutionary approach to agricultural production, as well as advances in education, sports, youth development, healthcare delivery, housing, water supply and other social services.” [myad]